Wilmer Cabrera, a member of Colombia’s 1990 and 1998 World Cup squads, moved to the USA in 2003 after a 20-year pro career. After coaching Long Island youth teams and at Queens club BW Gottschee, Cabrera became the U.S. U-17 boys national team coach, overseeing the team’s residency program in Bradenton, Florida, and guiding the USA to second-round appearances at the 2009 and 2011 U-17 World Cups.

He served as Colorado Rapids assistant coach in 2012-13 and Chivas USA head coach in 2014. Last month he was hired by the Houston Dynamo to coach its new USL affiliate team, Grande Valley FC Toros, with which the Dynamo’s academy products and college draftees will gain experience to prepare them for the first team. 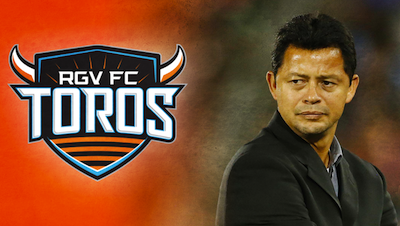 SOCCER AMERICA: How important is it that MLS teams now operate USL teams or work with affiliate teams in the USL?

WILMER CABRERA: It’s an important part of the evolution of soccer in the United States. It closes a gap. When you close gaps you help the process of developing players and that is always going to improve the final product.

SA: What is your view on U.S. Soccer continuing the U-17 residency program?

WILMER CABRERA: It is a very good program to develop players and prepare them for the national team. But it does require 15-year-olds to leave their home. That is very difficult. It’s not easy to have your son leave at that age when you only have three more years before he’s leaving for college or somewhere else. In the best-case scenario, kids stay with their families or enter a residency that is close to home.

No doubt we are getting closer to that with MLS clubs and the Development Academy. But going to Bradenton can be the best thing for a young player’s future career in soccer.

SA: After 14 years in the USA, how do you see the progress of American soccer?

WILMER CABRERA: We’re improving everyday in a lot of aspects. We have better players with a better understanding of the game and more passion for the game. We now have young players who love MLS. When I was in Bradenton with the first group, they didn’t like MLS and I had to force them to watch MLS games on TV. Now they love MLS and they’re passionate about being professional players and they dream about playing for the Houston Dynamo or D.C. United … That’s an important development for soccer in the country.

SA: What about coaching at the earliest ages, like 6 years old when they're starting organized soccer?

WILMER CABRERA: At those ages, it’s especially important that you coach players in way that they enjoy the game. That you understood that it’s a player’s game, not a coach’s game. And that it’s not about winning. I still see coaches keeping track of scores and how many tournaments they win. Winning is not important. What’s important is how players are developing, providing an environment for them to develop their skills and begin to understand the game. What’s crucial to remember is that it’s all about the player.