U.S. Soccer's slate of coaches on boys side almost complete

Tsakiris, the 2014 USSDA Coach of the Year for the West region, has coached at De Anza since finishing his playing career with the USL A-League Rochester Rhinos a decade ago. Tsakiris won the 1997 NCAA Division I title with UCLA and played for the USA in the 1999 U-20 World Cup, where his teammates included Tim Howard, Taylor Twellman and Carlos Bocanegra. 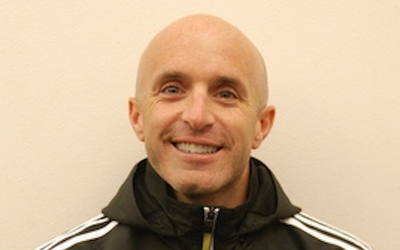 Tsakiris’ first task with the U.S. U-16s will be a training camp in England in early February at which they will play two games against England's youth national team.

The USA lost to host Turkey, 3-1, in the final of the Mercedes-Benz Aegean Cup for under-16 men's national teams on Saturday. The Turks scored all three goals before sub Adrian Villegas had a consolation goal for the USA, which fielded the team that recently entered residency in Bradenton, Florida.

The USA, coached by John Hackworth, beat Belgium and Greece and lost to Romania in the group stage. It edged Greece for first place based on head-to-head. Georgia United's Andrew Carleton led the USA with two goals and an assist.