Dutchman completes U.S. Soccer's slate of coaches on boys side

U.S. Soccer has appointed Dave van den Bergh, who came to the USA from his native Netherlands in 2006 to play in MLS, head coach of the U.S. U-15 boys national team.

The hiring completes the slate of U.S. national team program head coaches on the boys side.

Van den Bergh, who played more than a 100 MLS games for Kansas City, the New York Red Bulls and FC Dallas, settled in Texas after finishing his playing career in 2009. He served as an assistant to Thomas Rongen, also a Dutchman who settled in USA after playing pro ball, on the U.S. U-20 national team. In 2013, Van den Bergh was appointed a U.S. Soccer Technical Advisor for the Texas region. 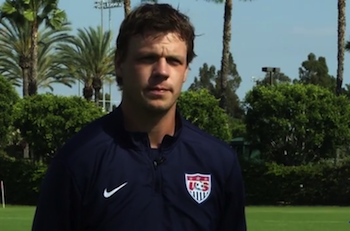 Before joining MLS, Van den Bergh started his pro career at Ajax Amsterdam after graduating from its youth program before spending three seasons with Spain’s Rayo Vallecano and six seasons with Dutch club Utrecht. He played in two games for the Dutch national team in 2004 while at Utrecht.

The U.S. U-19 men's national team (1998s) lost, 1-0, to the Canary Islands, which played the second half a man down, to cap a three-loss appearance at the Copa del Atlantico under new coach Brad Friedel.

The USA, which had fallen 1-0 to Spain and 5-0 to France at the Canary Islands-hosted tournament, failed to exploit a red card to defender Abraham in first-half stoppage time. 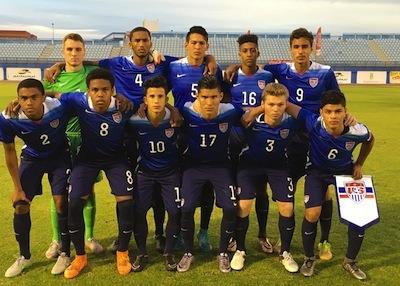 SOCCER AMERICA DAILY: Paul Kennedy reports that Joshua Perez signing with Italy's Fiorentina makes him the 13th member of the 21-man team that represented the USA at the 2015 Under-17 World Cup to turn pro. Perez is one of four players in Europe, while two players each are at clubs in MLS, the NASL, USL and Mexico and one is a free agent. (Haji Wright, who had been with the NASL's New York Cosmos, is expected to sign with Schalke 04 when he turns 18 in March.)

SOCCERWIRE.COM: Beau Dure, in a report on the pros and cons on U.S. Soccer's mandating a switch to birth-year registration, quotes Julie Foudy, Ryan Mooney, U.S. Soccer’s Director of Sport Development, and former U.S. Soccer Director of Coaching Dave Chesler. The challenge, writes, Dure, is figuring out how to accommodate our embrace of team culture while making sure individuals learn the skills they need. Why do kids play? Birth-year mandate heats up argument.