Collegians and high-schoolers vie for spots on U.S. U-20 Women World Cup roster

U.S. U-20 women’s national team coach Michelle French has named a 22-player roster for the La Manga Tournament in Spain March 2-6. The squad includes 14 players who weren’t part of the squad that finished first at the December qualifying tournament for the 2016 U-20 Women’s World Cup.

Twenty of the players are collegians. Because the U-20 Concacaf Championship came during the college season, French’s team at the qualifying tournament comprised of only eight collegians, and 12 high-schoolers.

Absent on the La Manga roster is regular U-20 captain Mallory Pugh, a high school senior who is with the full national team at the Olympic qualifying tournament, where she saw action in its first four games.

Ashley Sanchez, who scored three goals and had five assists in U-20 World Cup qualifying, is with the U.S. U-17 girls national team prepping for its qualifiers in March.

The most experienced U.S. U-20s in the squad are Beach FC midfielder Savannah DeMelo (12 U-20 games) and Notre Dame defender Natalie Jacobs (11). 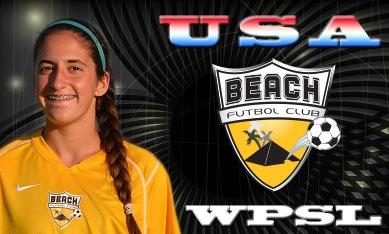 The camp will be run by U.S. Soccer Women’s Development coach Mark Carr. This age group’s ultimate aim is to qualify for the 2018 U-17 Women’s World Cup.

The U.S. Soccer Development Academy’s list of players committing to colleges for the 2017 collegiate season comes from reports from 48 of the 74 full academy (through U-18) boys clubs. New Jersey’s Players Development Academy (PDA) leads with 17 players headed to college ball. The 48 clubs reported a total of 414 college commitments. Go HERE for list.

SOCCERWIRE.com: Charles Boehm, who broke the news in December that the USSF will be launching a girls Development Academy in 2017, reported after a meeting between USSF and ECNL/U.S. Club representatives that "USSF officials expressed concern about coaching behavior at some ECNL clubs, and asked why ECNL hasn’t mandated minimum USSF licensing (likely A or B level) for its coaches; in response, ECNL officials noted the scarcity of places in USSF’s high-level courses and the impossible mandate that would pose for many of its member clubs. "U.S. Soccer-ECNL summit fruitless, with federation set to go it alone on girls Development Academy"

FCDALLAS.com: The U-18 Mexican national team has called up FC Dallas U-16 academy players Luis Carrillo (Tyler, Texas) and goalkeeper Jose Mercado (Laredo, Texas) to train with the squad for the upcoming 2016 Aspire Tournament in Qatar. Carrillo is the latest player to switch from the U.S. to Mexican youth team program. "FCD U-16 pair excited for call up to Mexico Youth National Team"

NEWYORKREDBULLS.com: Red Bulls Academy Director Bob Montgomery will transition into a new role as Director of Coaching Education and Youth Partnerships. In his new role, Montgomery will serve as a daily coaching education resource to the first team, USL and academy coaching staffs to ensure that the club’s philosophy, style of play and core principles stay consistent between all three platforms. Montgomery will also begin an outreach program to begin sporting partnerships with local clubs, and be a resource to young players and their parents. "New York Red Bulls Announce Restructuring of Youth Development System"

LATIMES.com: Former Fullerton (Calif.) Rangers Youth Soccer Club treasurer Laura A. Zellerbach pleaded guilty to embezzling and laundering more than $174,000 from the club. She was sentenced to five years' probation, one year in jail and was ordered to pay $227,000 in restitution. Among her crimes, Zellerbach withdrew more than $20,000 for a cashier’s check to partially pay for a European vacation for her children, prosecutors said. "Soccer mom pleads guilty to embezzling $174,000 from youth sports club"