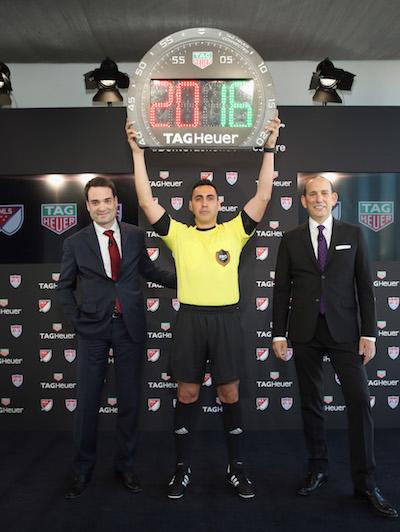 Additionally, TAG Heuer will be visible on the substitution board used on the sideline.

“Soccer is the fastest growing sport in the United States," Kilian Muller, president of TAG Heuer North America, said in a statement, "and it is also most popular amongst the youth demographic, a generation we aim to connect with.”

TAG Heuer is also a partner with the German Bundesliga.