The new MLS club in Minnesota that will begin play in 2017 or 2018 unveiled plans for its soccer stadium in St. Paul. 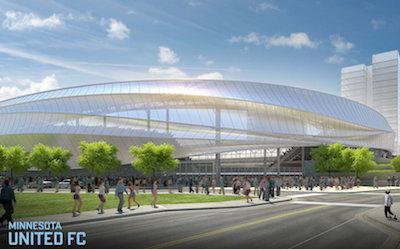 Dr. Bill McGuire, the owner of the NASL's Minnesota United FC who was awarded the team, said the stadium, which will hold more than 20,000 seats, will cost $150 million or more.

McGuire's group will finance the stadium, which will be located near University and Snelling avenues in St. Paul and as part of an “urban village” development surrounding the stadium.

The site for the stadium is a former Metro bus barn owned by a regional planning agency. 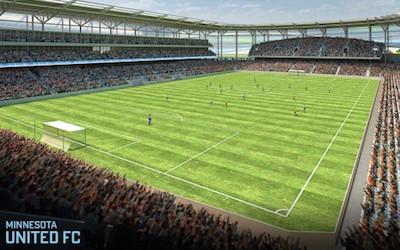