An Arkansas success story: Patrick McCrory makes it about the kids

In the Arkansas town of 4,000, Vilonia SC has faced more than the usual challenges -- including a couple of severe tornadoes. One reason Vilonia SC keeps going strong is Coaching Director Patrick McCrory, the 2015 US Youth Soccer Recreation Coach of the Year.

The Club
Vilonia SC is a small rec club. We have about 300 members, up to age 13. We’re just trying to get kids involved in youth sports, have a positive experience with it, and keeping the game fun so they stick with it.

Challenges
The tornadoes that came through Vilonia in 2011 and 2014 wiped out our fields. But the club remains on a steady growth. We face all the challenges a small club has in a small state. Money. Keeping enrollment up. Not losing players to other clubs.

Money
Keeping the cost down -- so people can afford it while still seeing a return for their money -- is one of the big things we’ve had to struggle with. We’re on average a third of the cost of clubs in neighboring towns. 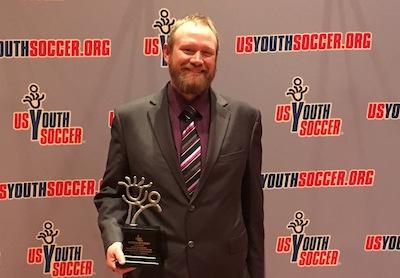 Staff
It’s completely volunteer. No paid employees. Every dollar that the parents put in goes into uniforms, insurance, field maintenance. We pay for coaching education. A big focus is getting our parent-volunteer coaches as educated as they can be about the game and coaching kids.

Parents
They’ve been really supportive. We used to lose players. Now they’re coming back because the parents really like what we’re doing. “Our kids love it! We’re here to support you.” We’re not focusing on outcome-based results. We’re making it for the kids and not for the adults. It’s about them learning a game and learning all the things youth sports can teach a child.

Message to Parents
Parents can really get into it, but we let them know their job is to cheer their kids and that we’ll take care of the coaching. Being negative to your children is not going make them enjoy the sport. Don’t coach them in the car on the way to the game. Don’t coach them in the car after the game. Tell them, “I love you. I hope you have fun. I enjoy seeing you play.” Children know when they make mistakes on the soccer field. They don’t need parents berating them. The children need to be able to focus on working on their decision-making and handling the pressures of the game.

Message to Coaches
Get educated and take advantage of all the information there is now about the best way children learn -- and not coaching the way you may have been coached, with the bad Ls: lines, lectures and laps.

The Region
We have developed good relationships with all our neighboring clubs. We’re about 30-40 miles from Little Rock and 10 miles from Conway, which is a town of 50,000 people. They have much larger clubs in those cities and the kids who want be in a more competitive environment can go to those big clubs because they can field classic and travel teams that we just don’t have the size of the community to field those ourselves yet. … We’re getting there. We’re growing it and we have players who are getting there skill-wise, which is the numbers game.

Family
My wife, Barbara, who started out as club treasurer, is club president. Our daughter, Chloe, is 12. Or son, Griffin, is 9. I head coach my son’s team and am my wife’s assistant with my daughter’s team. I also float around and help out any other teams that need it.

Soccer Books
“Soccer: The Player's Handbook by M. B. Roberts” is really good for beginning coaches and I keep going back to it. But I read everything I get my hands on. I’ve got lots of stuff in my IPad and read a lot of articles. 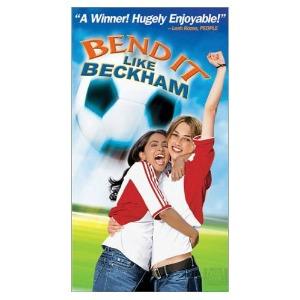 Soccer Movies
I love “Bend it like Beckham.” It was such a neat tale, especially since I have a daughter. The original “Fever Pitch” was pretty funny. Of the zany ones, I didn’t really get into the “Air Bud” movies but “The Big Green” was OK.

Watching the Game
We record all the soccer that’s on TV. Our EPL favorites are probably Manchester City and Arsenal. And we're big fans of the U.S. national teams since they've gotten more famous and successful. We went to New Orleans to watch the U.S. women’s final game of their Victory Tour.

The Reward …
It’s fun watching the kids develop bonds and friendships with their teammates. To see them develop as players, not short term but long term -- getting better and getting more confident. Doing things they used to not be able to do. The self-confidence they develop on the soccer field I think can carry over to other aspects of their lives.