USA aims for return to U-17 Women's World Cup

The USA may be a world power in women’s soccer, but its U-17 girls program has struggled on the world stage.

The USA’s qualifying campaign to reach the 2016 U-17 Women’s World Cup begins on Friday when it faces Jamaica in the Concacaf Women’s Under-17 Championship Grenada March 3-13.

Both times the USA failed to qualify, it fell in the semifinals in penalty shootouts in tournaments in which only the top two finishers qualified, because Concacaf nations hosted the World Cup – Trinidad & Tobago and Costa Rica getting automatic bids.

At this year’s qualifying tournament, the semifinal winners and the third-place game winner qualify for the 2016 U-17 Women's World Cup in Jordan Sept. 30-Oct. 21.

Coach B.J. Snow, who also coached the team that failed to qualify two years ago, has picked a young squad. Of the 20 players, three are 17 years old, 11 are 16, four are 15, and two are 14 (forward Jordan Canniff and defender Kennedy Wesley). Defender Kate Wiesner turned 15 last month.

Snow’s team does, however, have some impressively experienced players – a pair who played for the U.S. U-20s when they finished first at December's qualifying tournament for the 2016 U-20 World Cup: defender Kiara Pickett and forward Ashley Sanchez, who notched five assists and scored three goals, including the gamewinner in the USA's 1-0 final win over Canada.

“They’ve been in an environment that has replicated what we’re going to go through over the course of the next week and a half,” said Snow.

Games can be viewed free of charge on foxsoccer2go.com by entering the promo code “U17WNT” on the registration page. The promo code can be activated though March 13. 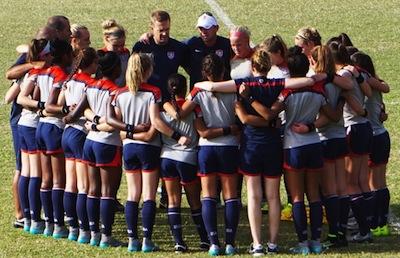 U.S. CONNECTIONS. The USA will face a Jamaica team that includes eight USA-based players and is coached by Real Colorado director Lorne Donaldson Mexico has nine U.S. players, Costa Rica has one, and host Grenada has three, including 10-year-old Texan Melania Fullerton, who plays for Solar Chelsea East Dallas. 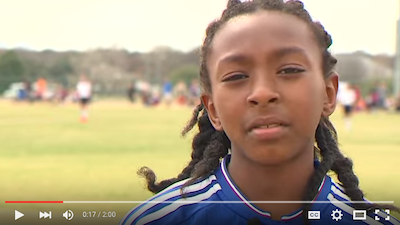 "Melania is a powerhouse and leader on the field," said Solar Chelsea East Dallas coach Jaime Arnold. "She keeps coming and coming giving 110 percent every time she steps onto the pitch. With her speed and quick footwork she is able to stun her opponents but there's one thing she has that you cannot teach and that’s heart.”

In its first competition since Shaun Tsakiris was named U.S. U-16 boys national team coach in early January, the U.S. U-16s tied their England counterparts 1-1 and lost 4-2 during a nine-day camp in England last month

Gabe Segal equalized in the first game after the USA gave up an own goal. Segal and Marcelo Palomino scored in the loss. Tsakiris' team will take part in the 2016 Delle Nazioni April 20-May 1 in Gradisca, Italy -- a tournament the USA won in 2015.