Multinational So Cal Blues have something special

Three nations -- the USA, Mexico and Brazil -- that are aiming to qualify for the 2016 U-17 Women’s World Cup have players from the Southern California Blues.

We’ll start with Ashley Sanchez, who already helped the USA qualify for the 2016 U-20 Women’s World.

The 16-year-old Sanchez made five assists and scored three goals, including the gamewinner in the final, when the USA won the U-20 Concacaf qualifying tournament last December.

Now she’s captaining the U.S. U-17 girls, which on Friday face Canada for a spot at the 2016 U-17 World Cup. So far she has scored in all three of the USA’s victories at the qualifying tournament in Grenada. 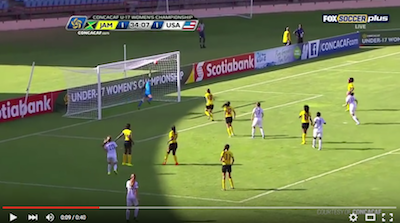 “She just sees the game differently,” says her So Cal Blues coach Randy Dodge. “She’s so quick in tight spaces. She’s in and out before her opponents can even understand that she’s there. She doesn't do things robotically -- she's a free spirit.”

She’s one of four So Cal Blues players on Coach B.J. Snow’s U.S. U-17 team, along with defenders Karina Rodriguez and Kennedy Wesley, and backup goalkeeper Hillary Beall. 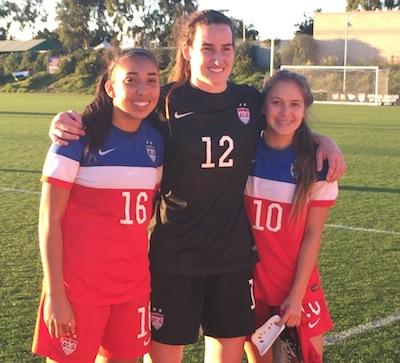 Wesley is the youngest, at age 14, and at So Cal Blues plays for the team coached by Tad Bobak, the club’s director. Also on Bobak’s team is Ashley Soto, who’s been starting for Mexico at the U-17 qualifying tournament, and Olivia de Moraes, who’s with Brazil at the South American U-17 World Cup qualifying tournament in Venezuela.

“We’re fortunate to have a lot of talent that creates an atmosphere where they really push each other in practices and games,” says Bobak.

The Brazil-born Bobak’s history in Southern California goes way back, to his coaching start in AYSO in 1972 and helping launch, along with Marine Cano, the Cal South Girls Olympic Development Program in 1982. In 1979, he volunteered to be the L.A. Aztecs' equipment manager so he could observe legendary Dutch coach Rinus Michels train the likes of Johan Cruyff.

In 1986, Bobak coached Fram-Culver, which included future Hall of Famer Marcelo Balboa, to the McGuire Cup boys U-19 national title.

The birth of the So Cal Blues came out of the women’s team Bobak coached in the late 1980s that included a 16-year-old Julie Foudy. In 1990, he partnered with Larry Draluck to create the youth club.

Dodge has been with the club for two decades.

“He did everything for me in my career,” says Dodge of Boback. “I owe him a lot. I’ve learned a tremendous amount from him.”

On Friday, Dodge and Boback will be watching the USA play Canada for a berth at the U-17 World Cup, for which two years ago the USA failed to qualify after a penalty kick shootout loss to Mexico.

In this year’s rematch, Sanchez scored the winning goal with a left-footed shot in the 1-0 victory over Mexico. Not surprising for Dodge, who started coaching Sanchez, who joined the Blues from Legends FC at age 10, since she was 13.

“She’s really worked on her left foot,” says Dodge. “She’s the kind of player who was born with talent. You don’t teach Mia Hamm to be Mia Hamm or Julie Foudy to be Julie Foudy.

“But these kids who are born this way, they’re good, but it’s that they work so hard that makes them great. I think that’s what’s been separating Ashley. She works so hard on her own. She’s always out there doing a ton of shooting. A lot of technical dribbling. Working on different techniques on how to strike a ball. She hasn’t been resting on her god-given talent.”

Among his first memories of coaching Sanchez was that her teammates would, “just get caught watching what she’s doing and stop their runs."

“But she’s a great passer of the ball – inside, outside of the foot, chips, both feet. Then players started staying on their runs because they knew they’re going to get the rock. And usually they get it in a good spot to score.”

Games can be viewed free of charge on foxsoccer2go.com by entering the promo code “U17WNT” on the registration page. The promo code can be activated though March 13.