The USA, which two years ago failed to qualify for the U-17 Women's World Cup, stormed through this year's qualifying tournament with five wins, including a 5-0 win over Canada in the semifinal to clinch the berth and a 2-1 victory over Mexico in final of the U-17 Concacaf Championship in Grenada.

"It's been an emotional two weeks and it's been a hard-fought two weeks," said U.S. coach B.J. Snow. "The girls are ecstatic, and I'm proud of them for pushing through some adversity today. Five games in nine days in this heat against this type of competition is tough, and every game we had was very difficult. The girls learned from it and pushed themselves through some things they've never had to deal with before. It was a total team effort."

Temperatures in Grenada reached the high 80s, forcing the refs to provide mid-game water breaks. The final win was the USA's second over Mexico. The USA's Ashley Sanchez scored in the USA's 1-0 win over Mexico in group play and opened the scoring in the final in the 43rd minute. Civana Kuhlmann scored the gamewinner in the 86th minute after Mexico's 69th-minute equalizer by Jacqueline Ovalle. The USA's other group stage wins came over Jamaica (8-1) and Costa Rica (2-0). 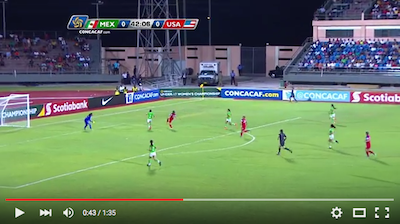 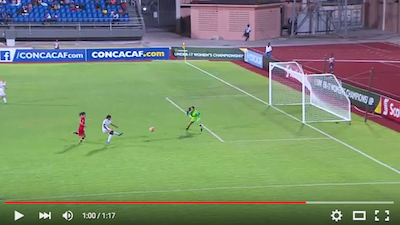 Sanchez won the MVP Golden Ball and was one of seven U.S. players named to the tournament's Best XI. U.S. goalkeeper Laurel Ivory was the Golden Glove winner.

The USA, which finished runner-up at the inaugural U-17 Women's World Cup in 2008, failed to qualify for the World Cup in 2010 and 2014, losing to Canada and Mexico, respectively, in semifinal shootout tiebreakers. The USA exited in the first round of the 2012 World Cup, albeit without losing a game. 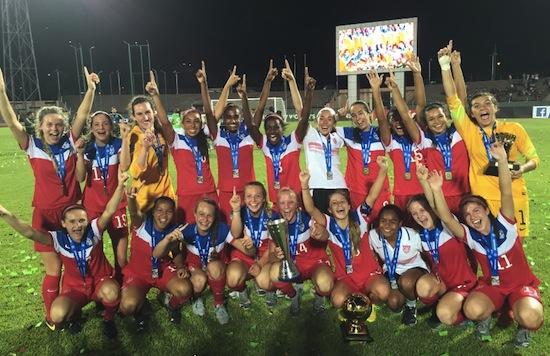 Players in this age group are eligible for the Michelle French-coached team headed to the 2016 U-20 Women’s World Cup in November in Papua New Guinea.

Sixteen players in the 26-player roster are collegians while 10 are still in youth ball. Most of the players in camp were born in 1997 with two in 1996, the age cutoff year for the next U-20 Women’s World Cup.