The Matthew Olosunde odyssey, from Trenton to Manchester United

Of course, a soccer crazy boy like Matthew Olosunde played ball in the house, and broke stuff. Even living-room windows. But he didn’t get in trouble.

“No, no,” says his father, Peter Olosunde. “He never got in trouble. Because he has this innocent face he comes to you with and it makes it impossible to be upset at him.”

In fact, Matthew, who upon turning 18 this month signed with Manchester United, was quite good at pleasing his parents, Peter and Winnie. 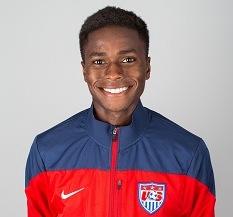 They let him join the New York Red Bulls Academy even though it meant a two-hour commute each way, four or five times a week, from their Trenton, New Jersey, home. Both parents would come along so they could take shifts driving while the other slept. Sometimes they didn’t get home until 1 a.m. Matthew would do his homework in the backseat.

“We agreed to let him join the Red Bulls on the condition that his grades did not suffer one bit,” says Peter. “He said he could do that. And he never got anything less than A’s.”

Before he joined the Red Bulls Academy, Matthew played for Princeton FC, under Coach Stoyan Pumpalov, and at Mooch Soccer, the Trenton inner-city soccer program founded by Charlie Inverso, a friend of the late Glenn “Mooch” Myernick and New Jersey youth coach Mike Van Wagner, whose rec league Matthew had joined at age 6.

“You couldn’t get him off the field,” says Peter Olosunde. “When he was 10, we’d be at the indoor facility and he’d keep joining the next practice session -- three or four sessions until we finally said, ‘We can’t stay all night!’”

While he played travel ball with Princeton FC, he kept training and playing indoor soccer and futsal with Mooch Soccer.

“He was tall, lanky, had a beautiful stride, good feet,” says Inverso. “I remember his dad, Peter, saying, ‘Put him with the older, bigger kids.’ Which is kind of the beauty of a program like Mooch Soccer. It’s not typical suburban soccer where you have to play 9-year-olds with other 9-year-olds and parents worry about injuries.

“If at that age he played with kids his own age he'd have been scoring a 100 goals in practice because he could just blow by people. He had to play against some 11, 12, 13-year-old kids – a couple of tough customers among them. I think that way he learned about playing ball and not just using his athleticism and outrunning people.” 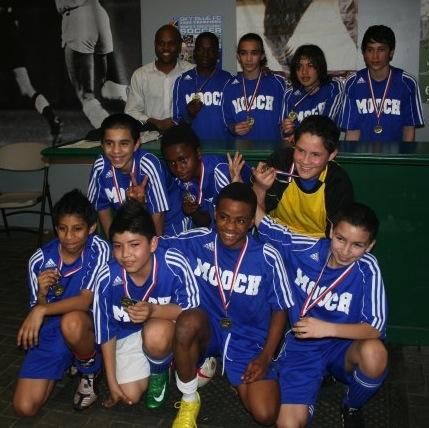 Peter says he noticed from young age that Matthew’s goal was to play for the USA -- Matthew's computer password referenced the U.S. national team. And from the Red Bull he was invited to the U.S. U-17 national team Residency Program in Bradenton, Florida. Olosunde, an outside back, started in all six qualifying games for the 2015 U-17 World Cup, after which he considered offers from Duke University, the Red Bulls, Brighton & Hove Albion and Manchester United.

Peter, an aircraft engineer who was born in Nigeria and educated in the United Kingdom, had always planned for Mathew to go to college. But Manchester United promised to set up Oxford University online courses for Matthew.

“That made the decision much easier,” says Peter.

Matthew is starting off with Manchester United’s U-18s but will spend the last week of March with Coach Tab Ramos’ U.S. U-20 national team, which is competing in the Super Group at the Dallas Cup.

The USA team that Olosunde played on at the 2015 U-17 World Cup was eliminated in the first round, but as Paul Kennedy reported in Soccer America Daily, Olosunde is the fifth player from Coach Richie Williams' squad to move to Europe, joining Josh Perez, Danny Barbir, Luca de la Torre and Christian Pulisic. Haji Wright is expected to sign with Schalke 04 when he turns 18. Two players each are at clubs in MLS, the NASL, USL and Mexico.

U.S. U-20 coach Tab Ramos named a 22-player roster for the Dallas Cup that includes Sebastian Saucedo, who has switched back to the USA after accepting a call-up to Mexico's U-20 program last fall. Saucedo debuted for Mexican club Veracruz after joining it on loan from Real Salt Lake, for which he made nine appearances in 2015.

The U.S. U-20s will play Monterrey, Fulham and Hoffenheim at the Dallas Cup, where it will play in the Gordon Jago Super Group. The roster includes 11 players currently at the collegiate level, four signed with MLS clubs, three playing with Development Academy teams and four playing professionally with club teams abroad.