Three American teams, including the U.S. U-20 men's national team, are competing in the Dallas Cup Super Group, which has been won only once by a U.S. team since its inception in 1990.

The U.S. U-20s beat Monterrey, 1-0, in its opener on Sunday thanks to a strike by Duke's Jeremy Ebobisse. On Monday, the U-20s dropped a 2-1 decision to Fulham. In both games, they faced Californians. Jonathan Gonzalez started for Monterrey, while Luca de la Torre, who helped set up the first goal, and Marlon Fossey  started for Fulham.

Los Angeles-born Fossey, who has USA-UK dual citizenship, moved from New Jersey to England at age 11 to join the Fulham Academy. Southern Californian de la Torre joined Fulham before playing for the USA at the 2015 U-17 World Cup. 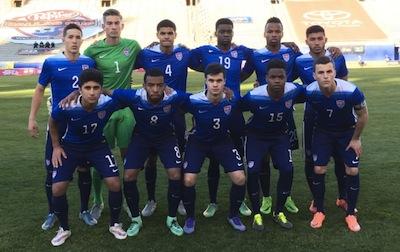 In the Fulham game the next day, with an entirely different starting lineup, the U-20s took the lead on a goal by the Chicago Magic's Emmanuel Sabbi  in the 17th minute, but Fulham responded a minute later on a goal by Stephen Humphrys. A goal by substitute  Elijah Adebayo  with five minutes remaining gave the Cottagers the win.

Dallas Texans Red in 2006 are the only U.S. team to win the Dallas Cup Super Group, which last year was won by Brazil's Coritiba.

In 2014, the U.S. U-20 national team reached the semifinals, losing to eventual champion River Plate. The last U.S. team to reach the semis was FC Dallas in 2011. In 2015, the three U.S. teams Super Group teams were FC Dallas, LA Galaxy, Real Salt Lake -- and none reached the knockout stage.

A win against Hoffenheim on Wednesday could earn the USA a semifinal berth.

The two other American teams competing in this year's Super Group are Real Salt Lake, which opened with wins over Japan's Kyoto Sanga (2-1) and Mexico's Sinegra Deportiva Tigres (1-0), and FC Dallas, which fell, 1-0, to Brazil's Fluminense and beat Queretaro, 1-0.

The Dallas Cup is one of the few non-Academy events the U.S. Soccer Development Academy allows its teams to participate in. 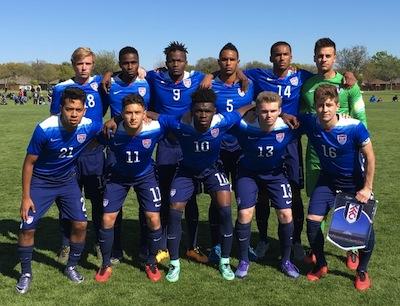 DALLAS CUP GAME BROADCASTS: Games from the Dallas Cup Super Group, including the U.S. U-20 national team, are being streamed live at DallasCup.com.  Select games are also being broadcast by TWC SportsChannel and live streamed on twcsportschannel. The USA's final group game, against Hoffenheim, will also be streamed live on USSoccer.com 5:30 pm ET on Wednesday.