The day Cruyff came to town

While the soccer world mourns the death of Johan Cruyff -- the electrifying, revolutionary player who brought Holland to global prominence, then as a coach laid the foundation for Barcelona (and Spain’s) enduring influence — Westporters of a certain age recall the day the lithe forward arrived in town.

In 1979, a Dutchman named Bart van den Brink lived off Greens Farms Road. A successful businessman -- and, like most of his countrymen, a passionate soccer fan -- he wanted to bring his nation’s “Total Soccer” concept to the States. And, hopefully, make some money.

Bart brought Jan Brouwer -- the coach of professional team Willem II -- to Westport. Using this town as a base, they offered player clinics, coaching education, travel packages and more, all across the country.

At the same time, Greens Farms Academy saw a way to make its mark in soccer. Teaming up with Bart and Jan, they sponsored a day-long “Total Soccer Spectacular.”

There were games, contests — and, making a special appearance, the man who was then the greatest soccer player in the world.

Today he is a renowned photographer. But on that spring day, he was a 14 year old Westport kid. Thanks to Bart, Jan and John’s father Cor (a Netherlands native, and a photographer), John got to meet Cruyff.

Cor spoke to Cruyff in Dutch. He took a photo of his son, with the star. Later, Cruyff autographed it. 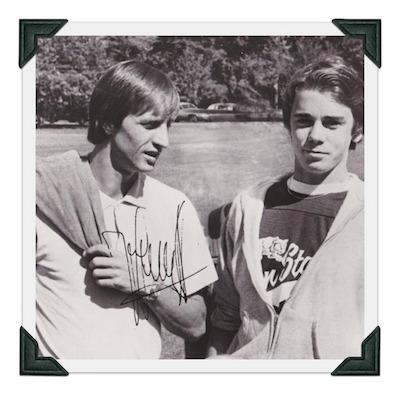 John’s cousin owns a pub in Holland. He put the photo in a prominent place. When John visited a few years later, he realized he was famous.

I remember Cruyff’s visit too. Just starting my coaching career, I was hired by Bart and Jan to work with their company. I wrote coaching manuals, acted as a liaison with Dutch players in the NASL, and made travel arrangements. 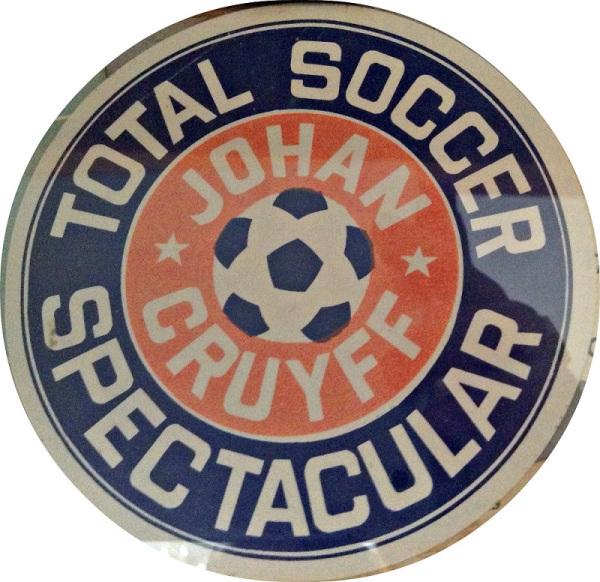 So, after the “Total Soccer Spectacular,” I was invited to Bart’s house. Cruyff, a few Dutch folks and I ate, drank beer and chatted. (As anyone who has been to Holland knows, the Dutch speak better English than we do.)

We were there for several hours. It was a great afternoon.

Except for one thing: The entire time, Cruyff chain-smoked.

That’s no exaggeration. When one cigarette was finished, he used it to light the next.

The soccer world lost one of its greatest players ever today, when Johan Cruyff died. He was 68 years old.

The cause was lung cancer.

(Dan Woog   is the author of 16 books and an award-winning columnist.  “Woog’s World” has appeared in the Westport (Connecticut) News every Friday since 1986, while my bi-weekly “The OutField” column is distributed nationally by Q  Syndicate. In his spare time, he is the head coach of the Staples High School boys soccer program, an educator, a well-respected speaker -- and blogs at 06880 -- Where Westport meets the world, where this story originally appeared.)