I might have officiated thousands of soccer games but wonder if I would have quit abruptly when I was starting out, like too many other refs, if not for Rocco Amoroso and the Sportsmanship Program he created.

I took up the whistle on Long Island when I was 16 years old and started refereeing intramural games. Two years later, in 1980, my graduation from high school to college paralleled moving up to reffing travel teams, specifically in the Long Island Junior Soccer League. 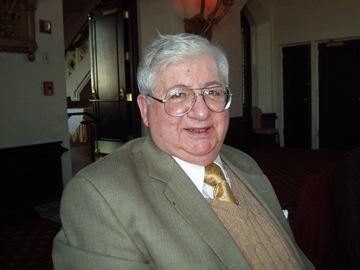 For the past 36 years, after every game, the match referee grades each team. The ref grades each squad from 0 to 10 points each on the Cooperation of Players, Cooperation of Coaches, Cooperation of Spectators and Overall Game Conduct plus 0 to 5 points on Player Appearance. The points are tallied by LIJSL volunteers and the sportsmanship winners in each division are honored and receive a sportsmanship patch, which they proudly wear on the sleeve of their uniform.

Having refereed many LIJSL games since 1980, I can tell you that teams often care as much about winning their division’s sportsmanship award  as they do their division title. Really!

And it shows by their behavior on the field. Coaches and players will log on to the LIJSL website and see what the division standings are for sportsmanship points as well as wins, losses and ties.

Rocco wrote the guidelines, secured the initial sponsorship of the program and tirelessly promoted it, all as a volunteer. He stressed the important role that sportsmanship plays in the development of a player’s character. The program spread locally in the Eastern New York Youth Soccer Association and then nationally as the LIJSL sent the guidelines of its Sportsmanship Program to every youth soccer association in the United States plus Rocco traveled across the country, speaking about sportsmanship wherever he went.

So when I read comments by Soccer Americans about the win-at-all-costs mentality of some youth soccer games, I thank Rocco as very, very few of my matches have been like that. Partly because of the LIJSL’s Sportsmanship Program, officiating in that league is an absolute pleasure.

I was driving home after refereeing three LIJSL games without any issues one day. When I tried to get onto the parkway, a few cars deliberately sped up and did not let me in the right-hand lane. So I thought how there should be a Sportsmanship Program throughout life. Sort of like contestants want to become Miss America but winning Miss Congeniality is a pretty nice award too.

If there was a Sportsmanship Program throughout life, corporate behavior would be more palatable and the political discussion in the United States would be much more kinder and gentler.

In 1993, the college ref chapter that I am a member of, the New York Metro Intercollegiate Soccer Officials Association, started a Sportsmanship Award, which is a bit different from the LIJSL’s. At the conclusion of every college season, our officials vote for the most sporting coach in the New York City metro area in the categories of 4-year men’s program, 4-year women’s program and 2-year programs. The coaches are honored at our awards dinner. Many coaches put their awards in the bios on the college websites and use as a recruiting tool. After all, parents are looking for their child to play for a coach who believes in discipline and proper behavior.

Rocco was inducted as a U.S. Soccer Life Member at its Annual Meeting in Times Square in 2014. Many people were on hand to honor him, including myself.

So my wish is leagues that do not have a sportsmanship program, start one. After all, only one team can win but both teams could and should respect others while having fun.