U.S. women's national team co-captain Carli Lloydwill be sidelined with a Grade 1 MCL sprain suffered in the Houston Dash's NWSL match at the Orlando Pride on Saturday. The expected time frame for a player to recover from such an injury is 3-6 weeks. An MRI scan conducted Monday morning confirmed the injury. 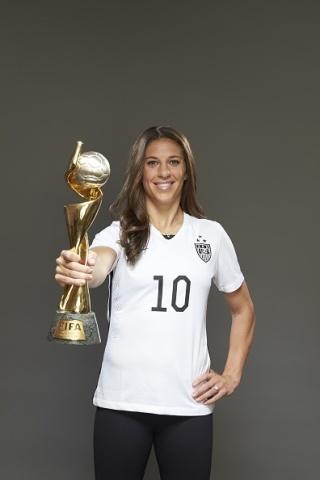 The injury came in the fifth minute of the game, and Lloyd was not so seriously injured that she had to leave the game immediately. She ran up to block Orlando defender Laura Alleway's clearance but landed awkwardly on her left foot as she blocked the ball with her right foot and immediately fell to the turf in pain.

“I would like to thank everyone for their well wishes," said Lloyd. "Obviously, I’m very disappointed with the injury. I was feeling great and starting to get comfortable with my Dash teammates. The timing is not great but I’m confident that I will come back in peak condition. Rehab starts tomorrow and you’ll see me on the field soon.”

Fellow national team midfielder Morgan Brian, who had been sidelined due to a hamstring injury, played her first game of the NWSL season for the Dash, starting in the 3-1 loss at Orlando.

The only other national team players out of action with injuries are the Western New York Flash's Jaelene Hinkle, who is out with a fractured toe after playing every minute of every game in 2015, her rookie season, and Megan Rapinoe, who continues to rehab following a knee injury suffered in December.

The USA has two games scheduled against Japan in June and will play two more friendlies in July before heading to the Rio Olympics, which begin Aug. 3 against New Zealand in Belo Horizonte.