If U.S. women's national team players to show off their clout to make their case for increased pay from U.S. Soccer, they need to go no farther than an experiment held on Saturday. Alex Morgan's Facebook page (with 2.7 million likes) was used to stream her first NWSL game with the expansion Orlando Pride and drew remarkable numbers. 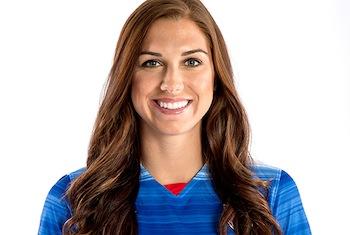 Each half was streamed live on her Facebook page as a separate post and received 292,000 views (first half) and 361,000 views (second half).

For a league that struggles for national media support -- the first of six national broadcasts on Fox Sports 1 won't air until September -- the NWSL's linkup with Facebook and the league's biggest star is groundbreaking.

BuzzFeed News reported that the Orlando-Houston broadcast was Facebook’s first live stream of a pro sports event and reached 554,000 unique viewers, according to Cycle, the media company that streamed the game. That's more than seven times the number of viewers who watched the NWSL's You Tube stream of the game.

The game set an NWSL attendance record as 23,403 fans turned out for the opening game at the Citrus Bowl.

“If you can broadcast sports live on Facebook and reach a significant audience that’s bigger than most sporting events on TV, you can expect more people to migrate to this distribution tool,” Cycle CEO Jason Stein told BuzzFeed News. “Most sporting events are buried within a thousand different channels on cable. With Facebook Live, you’re able to open up an app and see live sports on your phone, delivered right to you.”