Beckham was on hand at the meeting of the Southern Nevada Tourism Infrastructure Committee to give a soccer perspective to the proposed $1.4 billion, 65,000-seat stadium.

“To bring a great organization like the Raiders is incredible, but it’s bigger than that,” Beckham said. “It’s about the MLS coming here, it’s about bringing in the biggest European teams like Manchester United.” 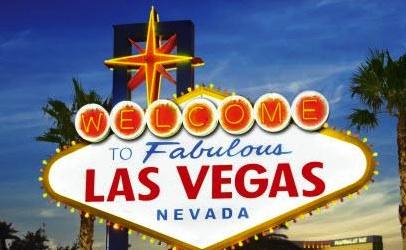 Davis, son of the late Al Davis, would like to move the Raiders to Vegas and is ready to commit $500 million to the stadium project. The Las Vegas Sands (backed by billionaire and prominent Republican backer Sheldon Adelson and promoted by Beckham) is ready to contribute $150 million, leaving $750 million still to be raised via public sources.

A previous bid to get a soccer stadium project off the ground failed when Las Vegas mayor Carolyn Goodman informed MLS 14 months ago that Sin City was dropping out of the race for the league's 24th team, assuming Miami gets its team.

The Las Vegas Review Journal reported that Goodman joked at Thursday's meeting that Beckham, who has an option on the MLS team in Miami, should get behind an Vegas MLS effort.

“Great things take time, and I’m starting to realize that, especially over the last few years since we announced our ideas in Miami,” Beckham said. “So I understand that it takes time. What you have at the end of it is something that is so special.”

Vegas is a popular destination for soccer stars like Lionel Messi, Cristiano Ronaldo and Zlatan Ibrahimovic.

Ibra and some of his Paris St. Germain teammates celebrated their French League Cup title last Saturday with a 48-hour jaunt to Vegas.

The trip drew national headlines in France when pictures of Ibra at a Vegas pool party included Martin Castrogiovanni of French rugby team Racing 92. Castrogiovanni had told Racing 92 he'd have to miss its Champions Cup semifinal against Leicester Tigers because of a family emergency in Argentina.

The 34-year-old Castrogiovanni, who plays rugby internationally for Italy, was suspended by Racing 92.