Jitka Klimkova grew up in a Czech village where girls weren’t allowed to play organized soccer. That didn't stop her from realizing her dream of playing for the Czech national team. Now 41, Klimkova is a U.S. Soccer Development Coach, overseeing the West Coast Training Centers for girls 11 to 14 and head coaching the U.S. U-19 women’s national team.

Her childhood soccer
I was born in a super little village in the Czech Republic with 700 people. Soccer was very popular -- but for the boys. I was in love with soccer but was not allowed to play on a team when I was a little kid. The support from my family wasn’t so big, because my father was a motorcycle racer so every weekend we were at some race.

But the passion was there and I knew one day I would play in a game.

I had my friend -- my ball -- at my feet almost all the time. I was the one always waiting on the field for the boys to come play with me. When they weren’t with their teams and they trained by themselves, that’s when I could join in. When it was official training, I wasn’t allowed to play with them. But I played almost every day. 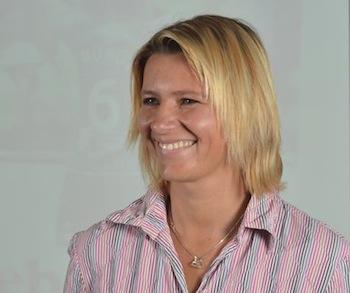 Playing career
I was 15 when I played my first game. I started in the second division and then moved to first division with FC Slovacko.

I had a dream to play for the Czech Republic national team. I wasn’t the best. I wasn’t the most talented player, but I was a hard worker. I did everything for it. I trained by myself. I was running by myself. Playing with the ball all the time. When I went on the field with the jersey and finally achieved it -- that was probably the most exciting moment of my playing career.

Coaching
When I stopped playing I became assistant coach and then head coach of my team, FC Slovacko. I got the opportunity to coach the U-19 Czech Republic women’s team. 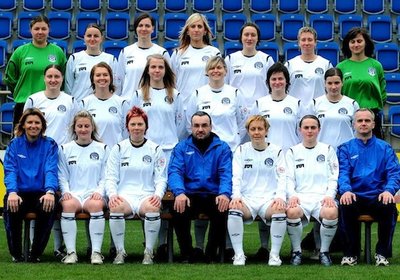 Moving to Australia
My first international experience -- coaching Canberra United. I learned so much. And we won the W-League championship.

U.S. connection
When I coached the New Zealand team that went to the 2014 U-17 Women’s World Cup, we came to the United States for a tournament and I met people at U.S. Soccer. Later in 2014, when I heard of the Development Coach job opening, I had no doubts that I really wanted to go to the States and have that experience.

American girls
I’ve noticed three big things: They have bigger dreams and they do everything to reach those dreams. They have huge confidence compared to Australia, New Zealand or Czech Republic. And they are very competitive.

Enjoy most about coaching
Seeing the improvement. When you see they’re making progress with their skills. Being with people who have the same passion as me is amazing. Seeing how players love soccer and love the ball – it’s great to be a part of it. I love working with people and I love soccer, so coaching is a great combination.

We do as much as we can during those short sessions, and give the players some homework to do and we connect with their clubs. It means that the clubs are doing similar things to what we do at the Training Centers. We also organize a lot of coaching education.

Influential coaches
Jill Ellis [U.S. national team coach] and April Heinrichs [U.S. Soccer Technical Director] are my favorite coaches. I’m happy and lucky that I can learn from them.

Motto
“Catch the players being good.”

I am not a fan of coaches catching the players being bad. My big belief is to encourage them to do the right things and not just focusing on something they struggle with. I’m more the positive coach.

It doesn’t work to scream at the players. Sometimes when I see that from coaches I’m embarrassed. Embarrassed for the coach and for how the parents can deal with this kind of coaching. That style is not so effective. That’s my opinion.

Advice for coaching young players
Be patient. They won’t be consistent. At times they can be great, looking like they’ll be Alex Morgan some day. And on another day, you think, “What is going on with them?” Be patient, be positive, encourage them, inspire them, motivate them, and help them be better players and better people.

With young players, it’s not about them being the complete players tomorrow. It’s long term. And actually it’s a never-ending story. Carli Lloyd is the best player in the world, but she knows she still needs to work hard and improve herself.

Role model players
It’s odd, but I really didn’t have a role model when I was growing up. But being here, I spent a couple days with the full national team and watched Carli Lloyd. What she’s doing and what she’s achieving -- I just have to say, she’s the right role model for me. And I believe for many, many players -- girls, and hopefully boys, too. What she’s doing on the field, off the field. She is professional. I didn’t have a role model, but now I do.

U.S. player development progress and challenges
The very positive thing is that we are really focusing on technique in the Training Centers. Being technically better, being more skillful, more unpredictable. More creative with the ball. And we’ve made such a huge progress.

Michelle French, who is U-20 coach and B.J. Snow, the U-17 coach -- they say every year we are getting more technical players, which is the best feedback to us because we are really focusing on the technique.

The next step, and we want to encourage coaches more and more, is the decision-making with small numbers.

If you give the players the pattern -- you have to play A-B-C-D -- they are amazing. They are great. They’re good with the ball, right foot, left foot. But if you put a defender in there and they have to make the decision, they struggle. So we should focus more on the decision-making for 4v2, 5v3 …

Many times when you say A-B-C, they will do it, because they know the next step. But in the process of a game, they’re not making the most effective decision. Instead of going from B back to A because they have pressure on them, they try to go to play a C.

We need to let them play in small numbers that challenge them with tactical decisions.

And coaching is not correcting. Let them play and search for solutions by themselves -- and that’s the most effective way of coaching.

They will make mistakes. That’s fine. They are learning from mistakes. We don’t even have to tell them they made a mistake. They know it. They just lost the ball.

They must ask themselves, what’s the other option? Many times they will find it by themselves. And if not, we are there to help.