Christian Pulisic has made only two brief appearances for the USA -- 10 minutes against Guatemala in March and 28 minutes against Ecuador on Wednesday -- but already the 17-year-old Pennsylvanian has impressed his coach, Jurgen Klinsmann, enough that he's in contention to start at the Copa Centenario.

Saturday's match against Bolivia in Kansas City should give the pride of Hershey a chance to make the case that he should start against Colombia in next Friday's tournament opener. 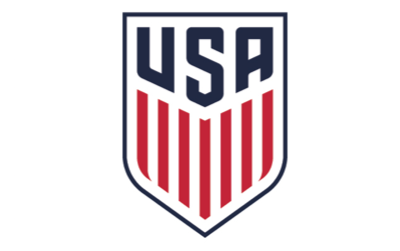 Here are three storylines for the Bolivia game.

1. Pulisic gets a look from the get-go?

Pulisic came off the bench and had an immediate impact on the left wing against Ecuador, one of several subs who brought life to an otherwise dreary friendly.

"Everybody's in contention," Klinsmann said after the 1-0 win of Pulisic's chances to start at the Copa Centenario. "It's nice to see a youngster like Christian having no fear, having confidence. It's also a confidence given by his teammates. He can make mistakes but he also has that change of pace. He has the technique. He's not overthinking the situation."

2. Are youngsters ready to push veterans out?

All the field players on the field when Pulisic entered the game in the second half and they took the game to Ecuador were under 30 and included only four players who started at the 2014 World Cup: Alejandro Bedoya, Michael Bradley, Fabian Johnson and Graham Zusi.

Besides Pulisic, players like Darlington Nagbe and Bobby Wood, who teamed up for the winning goal against Ecuador, are making a case to start, but Klinsmann said all 23 players he picked are fighting now for spots.

"Yes, we have established players and they deserve a certain kind of [respect]," he said. "But we always tell the younger ones to come in and sooner or later push them out. It's their job."

USMNT star Christian Pulisic is just 17, and he's already one of the team's top players. https://t.co/SSKvjcwkoT

3. A new role for Michael Bradley?

Klinsmann's changes at the break against Ecuador pushed captain Michael Bradley into a more defensive midfield role with Jermaine Jones (then Alejandro Bedoya) and Nagbe (who came on for Kyle Beckerman) in front of him.

It isn't a new role for Bradley, who started there for the national team at the 2010 World Cup and plays there for Toronto FC, but Klinsmann has been heretofore reluctant to use Bradley as a No. 6. Bradley completed 39 of 41 passes in the second half and looked comfortable as a holding midfielder sweeping in front of the backline.

Klinsmann wasn't about the anoint Bradley as the new No. 6, but he did seem to have a preference for the 4-3-3 employed in the last three games.

“The [4-3-3] gives us a lot more compactness throughout the midfield,” he said on Friday. “It depends a lot on the opponents. Michael, obviously he has the technique, he has the vision to play calmly out of the back. Do they play with a pure No. 10, for example, the opponents? You wish to have a Kyle there to clean things up. It really kind of depends on what the opponent is doing.”