“The addition of Gerardo Torrado is a significant step toward achieving our club’s goals of winning a championship in 2016 and building our growing club’s reputation across the American and global soccer landscapes,” said Indy Eleven owner Ersal Ozdemir, whose team is currently in second place behind the New York Cosmos in the spring standings. 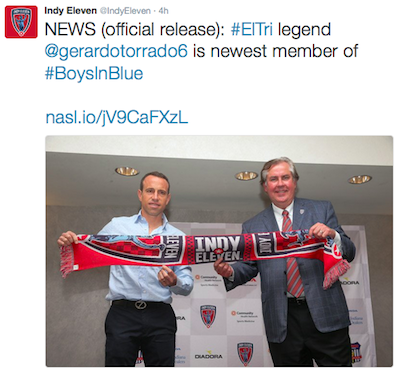 “I am thrilled to begin this new adventure as a soccer player," said Torrado. "I am sure that with my teammates, the club and the great fan base of Indiana, we will achieve great things.”