USA-Paraguay: Nothing ambiguous about what's at stake

As there’s been nothing ambiguous about the two U.S. matches in the Copa America Centenario, such is the case for its Group A finale against Paraguay on Saturday in Philadelphia.


Aside from a fantastical occurrence of Costa Rica beating Colombia by at least six goals and the Americans playing a tie and winding up with fewer goals scored than Costa Rica, the blueprint is starkly clear:


The Americans win or tie, they advance. They lose, they don’t. 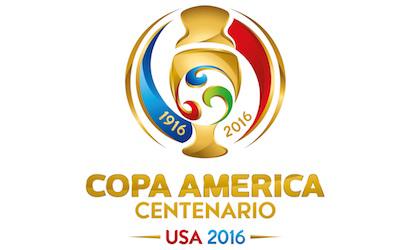 Heading into a must-tie game at what is expected to be a boisterous, packed Lincoln Financial Field, here are three storylines to peruse:

1. LINEUP ISSUES. Head coach Jurgen Klinsmann stuck with the same 11 starters from the 2-0 loss to Colombia for the match against Costa Rica, yet shifted his formation midway through the first half with the U.S. leading, 1-0.

The Americans struck twice more before halftime and bagged another goal late to win going away, 4-0, with the shift to a 4-4-2 alignment earning a lot of the credit. The change certainly clarified roles for the front six players, yet the cohesion and communication between Bobby Wood and Clint Dempsey, for example, seemed to be just as much a product of those players simply getting more time on the field together.

Wood and Dempsey started together in the March qualifiers against Guatemala and those two games were as radically different as what has unfolded at the Centenario. (Even the scores were the same: a 2-0 loss and 4-0 victory.)

Both Alejandro Bedoya and Jermaine Jones looked totally out of sync against Colombia and as such the Americans struggled to get a foothold in all parts of the field. With those two working box-to-box against Costa Rica, and Michael Bradley staying deeper and pushing forward only when given lots of space, the USA ran the show for most of the match.

So the question is whether Klinsmann will once again go with the same 11, assuming there are no complications with injuries or fatigue. Jones ran relentlessly in probably his best performance since the 2014 World Cup, and if he’s feeling the pace after halftime of the Paraguay game Kyle Beckerman might enter the game earlier than his 89th-minute appearance against Costa Rica. If the USA falls behind and needs a goal, there are myriad options available: Darlington Nagbe, Christian Pulisic, Chris Wondolowski.

The backline looked much more secure than it had against Colombia, though it played a risky game allowing left back Ronald Matarrita many unfettered forays down the flank. Nearly all of his crosses were picked off or cleared by centerbacks Geoff Cameron and John Brooks, who racked up a total of 23 combined clearances, recoveries, and interceptions.

And does Klinsmann decide to start the Paraguay game in the 4-4-2 or go back to the formation of the first two games, which morphs between a 4-3-3 and something like a 4-1-3-2?

2. WORK, WORK, WORK. Hesitant and disjointed when confronted by the Colombians, the USA didn’t start all that well against Costa Rica but its first sustained thrust down the field yielded a DeAndre Yedlin cross to the back post. Cristian Gamboa carelessly shoved Wood in the back as the ball dropped and Dempsey knocked home the penalty kick.

The Americans quickly took command, playing sharp, quick balls to set up camp in the Costa Rican half. If the ball turned over they seldom allowing the Costa Ricans enough time and space to connect their passes. Wood and Zardes pressured the defenders and Bedoya and Jones covered channels on both sides of the halfway line. Dempsey and Bradley ranged front to back, forming triangles that often caught the Costa Ricans a man short and a step late.

While the change in formation certainly played a part, the Americans dominated by fusing effort with cohesion. They clearly wanted it more than their opponents and effectively killed off the game by scoring a third goal shortly after the second. They handled well the pressure of needing to win and next face an opponent in exactly the same mindset.

3. PONDERING PARAGUAY. One-third of the way through the Conmebol qualifying competition, Paraguay is tied for sixth among the 10 teams with two wins, three ties, and one loss (nine points). The top four teams qualify for Russia 2018; the fifth-place team enters a playoff. The race is very tight. Also in sixth place -- with a superior goal difference -- is Brazil, and only one point ahead tied in fourth are Chile and Colombia.

Paraguay’s one goal in the Centenario flew off the foot of Victor Ayala, who latched onto a deflected Colombian pass and launched a rocket from nearly 30 yards that whistled inside the far post. The Colombians, so comfortable in command during first half as they had been against the USA, needed a few big defensive plays to stave off Paraguay’s attempts to equalize. They had taken a 2-0 lead on a Carlos Bacca header from a corner kick and a typically ruthless finish by James Rodriguez from a Bacca pass.

Diego Lezcano -- an Ingolstadt teammate of U.S. international Alfredo Morales, who wasn’t selected for the Centenario -- has scored four of Paraguay’s seven goals during the Conmebol World Cup qualifying campaign, including three goals in its last two matches. He bagged both goals in a 2-2 tie with Ecuador in Quito March 25 and scored again four days later as Paraguay built a 2-0 lead at home against Brazil that it squandered by conceding goals in the 79th minute and second minute of stoppage time.

Considering Lezcano, 25, didn’t debut for Paraguay until last October, he’s off to a roaring start in his international career. He scored 49 goals for three Swiss clubs prior to his German move. He’s started both Centenario games and landed one of four shots on target. He’s mobile and very poised in tight spaces.

Sounders forward Nelson Valdez has played once in the Centenario – 17 minutes against Costa Rica – and showed about as much as he has with Seattle, i.e., not much. Three other players have each scored one goal for Paraguay during the World Cup qualifiers.

A loss to Colombia is no disgrace but if the Paraguayans don’t win on Saturday they will go home eliminated by failing to beat either of two Concacaf teams. They won't be very popular.