FC Dallas, the defending U-15/16 national champs, coached by Luchi Gonzalez, finished regular-season play with a 23-2-0 win-loss-tie while outscoring foes 77-16.

"The results are good," said BW Gottschee director Paul McGlynn, who formed the team at U-7s. "I think it’s a little bit over-hyped. I wouldn’t quite say they’re like Leicester. But you could make that type of comparison." 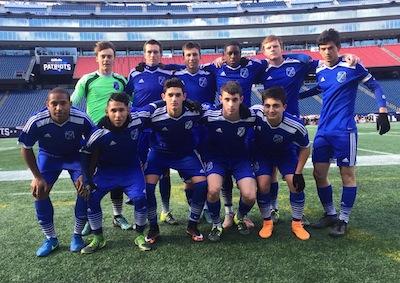 Sean McGowan, who has been with the club for six years, leads Gottschee with 15 goals. Jesus Ferreira (son of former FC Dallas star David Ferreira) leads the FC Dallas U-15/16s with 20 goals.

The 2015-16 U.S. Soccer Development Academy playoffs take place June 22-26 in Frisco, Texas. Twenty-two clubs are represented at both the U-15/16 and U-17/18 age groups. Thirty-two teams at each level are vying for quarterfinal berths. Clubs will host quarterfinals July 6-7 and the semifinals and finals take place in Carson, California, July 14-16. DA U-13/14 teams do not have playoffs but will compete at a showcase in Frisco June 20-23.

Both U-15/16 and U-17/18 Development Academy age groups are comprised of 74 teams. Playoff qualifiers are the top three finishers in seven divisions plus 11 wild-card teams.