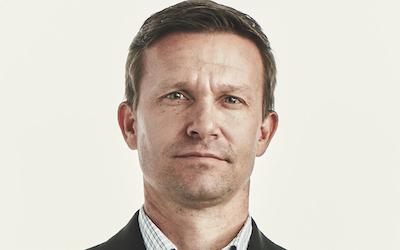 (Rookie sensation Jack Harrison, presumably, hasn’t played enough to warrant cushy calls from the officials, yet he could be just as important in this match as the talented, experienced veterans that will face each other in the rubber match. A 7-0 Red Bulls romp in the first meeting was followed by a crisp, efficient 2-0 NYCFC victory.)

Speaking to reporters on Wednesday, Marsch said, “If [David Villa], Pirlo or Lampard get touched, they go down, they draw fouls, they draw yellow cards. It's an epidemic across the league of these referees who just want to give the benefit of the doubt to star players. We'll see who gets assigned to this game and we'll see if he can handle the business.”

Certainly Marsch timed his comments with the derby in mind. He also said, “Going into New York City this weekend, I respect the way David Villa plays. He's a great player but every game I watch he gets a piece of every defender before the ball comes. He fouls throughout the entire game. He hardly ever gets called for it.”

Forwards like Villa, Clint Dempsey, and many others are known for “initiating contact,” which is a euphemism for pushes and jabs and elbows and hip checks that knock markers off-balance and away from the ball. An extreme example by Dempsey was his flying forearm to the jaw of Argentine midfielder Javier Mascherano in the Copa America Centenario semifinal. Villa scored the first goal in Montreal ;ast weekend in a 3-1 win by bumping Victor Cabrera out of the way before firing a low shot.

Whether Villa uses fair means or foul, he’s the league leader in goals (13) and shots on goal (49). Lampard’s return to full fitness has markedly increased NYCFC’s danger in the final third by getting forward to polish off balls as defenders collapse on Villa. In the last six games he's scored five goals.  Harrison has shaken off a severe pelvic injury diagnosed in January to torch defenses by getting in behind the back line or weaving mazy runs to fire at goal.

This array of offensive weapons poses a problem for the hard-pressing Red Bulls, who risk leaving huge gaps if they miss tackles in midfield or can’t win balls when they double-team. And they can’t really sit back and absorb pressure, either; Villa, Lampard, and Harrison are too mobile going forward and too lethal when in shooting range.

Finding the right blend of patience and aggression will be crucial for the Red Bulls, especially in central midfield, where playmaker Sacha Kljestan, conduit Felipe, and destroyer Dax McCarty must be at the top of their games. Pirlo must be denied time and space to dink passes at will, and Lampard can’t be allowed to run free from deep positions.

Centerback Damien Perrinelle has played just two first-team games since suffering an ACL injury in the playoffs last year; his experience can help contain the myriad NYCFC weapons, but not if he’s left marooned in the middle.

Last week the Red Bulls squandered a 2-0 lead at Philadelphia and wound up with a 2-2 tie. Its 1-2-3 record in the last six games includes a 2-0 loss at Yankee Stadium July 3. New York City won its league-high sixth road game at Montreal to keep a hold on first place, five points ahead of third-place NYRB. It has won five of its last six games and while a high-powered attack garners a lot of attention, NYCFC has also won three of those matches by shutout.

Those shutouts notwithstanding, NYCFC shares with Vancouver the dubious distinction as the league’s most porous teams (35 goals allowed). Only two teams have given up more shots in the second half than NYCFC (163). Keeper Josh Saunders let in a soft goal when NYCFC lost to Sporting Kansas City, 3-1, on July 10, and he didn’t look too good when Harry Shipp’s shot from nearly 40 yards bounced past him last weekend.

NYCFC’s momentum and amazing road record could negate the homefield advantage, though a 7-2-1 mark and goals edge of 19-9 at Red Bull Arena are impressive figures. Kljestan scored both goals against the Union and Marsch can hope that Bradley Wright-Phillips gets on the board; he’s scored just one goal in the last seven games thought he registered an assist in each of the last two.

“Do all the little things in training and get ourselves back,” said Kljestan as to what his team needs to do Sunday. “We know that it’s a rivalry game so it’s going to be a big one, so we know we lost to NYCFC last time and they are ahead of us in the standings. I don’t think we need any extra motivation; we just need to rebound, be up and be ready for that game.”