Stefano Bonomo regained the lead for the Cosmos in the 46th minute before Sebastian Elney (University of Maryland) equalized and Jeremy Kelly (UNC) scored the stoppage-time winner, set up by Philadelphia Union academy player Yosef Samuel.

In the 2-0 win over the Cosmos, the U.S. U-20s got goals from Jeremiah Gutjahr and Jonathan Suarez. Gutjahr, a sophomore at Indiana University in his hometown of Bloomington, was assisted on his 46th-minute goal by Jonathan Suarez, a Southern California product with Mexico's Queretaro who scored Coach Tab Ramos' team's second goal in the 67th minute. 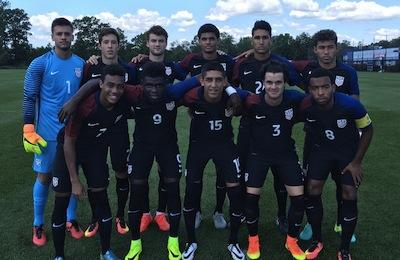 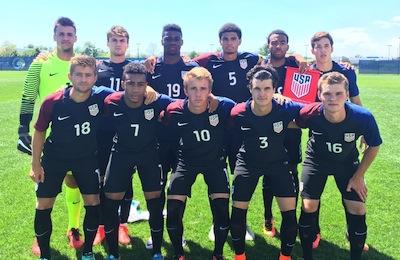 MLS clubs competing at the U-16 Liga Bancomer tournament lost seven of their first encounters against Liga MX clubs, with FC Dallas' 2-1 win over Pumas the only MLS team victory. Mexican clubs outscored MLS clubs 24-5 in the eight games through Day 4.

Nigeria sends home 26 U-17s who fail age test
The BBC reports that Nigeria, winner of the 2015 Under-17 World Cup, had 26 players fail an age test at the U-17 team's camp in Abuja ahead of the Africa Cup of Nations U-17 qualifying match against Niger. All the players who failed the test left the camp. FIFA introduced MRI scans to check the ages of players in 2009.

U.S. Youth Soccer 2016 National Champions Best XI teams
Boys and girls, U-13 through U-19, as voted by coaches of the participating teams in that age group.

U.S. Abroad: Zendejas makes Chivas debut in Liga MX
Texan 18-year-old Alejandro Zendejas, recently sold by FC Dallas to Guadalajara, made his Liga MX debut for Chivas in 0-0 tie against Queretaro. Zendejas, who represented the USA at the 2015 Under-17 World Cup, won't play for USA while he is at Chivas, which has a policy of only employing Mexican citizens.