From age 17 to 28, from newly promoted RB Leipzig to four-time defending champion Bayern Munich, half of the 18 Bundesliga teams have a U.S. player in their squad for the 2016-17 season, which kicks off Friday.

Six of the nine were raised in Germany but born to American fathers and became part of the U.S. national team program in recent years. A seventh, Aron Johannsson, was raised in Iceland but spent a year at the IMG Academy in Florida at age 16 before going pro in Iceland and playing in Denmark and the Netherlands before landing at Werder Bremen last season.

The two U.S. products, Pennsylvanian Christian Pulisic and Hawaii-born Bobby Wood moved to Germany in their teens. Pulisic, who turns 18 in September, made his first division debut last February. Wood joined the top tier after a stellar 2015-16 season with Union Berlin in the second division.

GERMANY, Bundesliga
Terrence Boyd (RB Leipzig) age 25, Bundesliga appearances: 0.
Opener: at Hoffenheim (Sunday, Fox Sports 2, 11:30 a.m. ET).
A late cut from the USA’s 2014 World Cup team, he suffered a torn ACL in December of 2014 and because of complications has undergone three knee surgeries since. He hasn’t played a competitive game in one and a half years. RB Leipzig won promotion from the second division last season and Boyd, who a few weeks ago was training with its U-13 team as part of his rehab, played in five preseason games for the first team, but never more than 45 minutes. 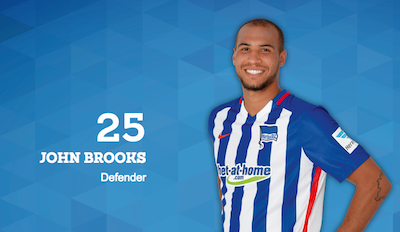 John Brooks (Hertha Berlin) age: 23, Bundesliga appearances: 66
Opener: at Freiburg (Sunday, Fox Sports 1, 9:30 a.m. ET).
Born and raised in Berlin, Brooks debuted for Hertha Berlin in 2012, when it was in the second division, at age 19. Last season, his third in the top tier, the central defender had his best run, making 23 appearances as it finished seventh in the Bundesliga to earn a Europa League spot and reached the German Cup semifinals.

Timothy Chandler (Eintracht Frankfurt) age: 26. Bundesliga appearances: 136.
Opener: vs. Schalke 04 (Saturday)
A knee injury limited Chandler to 12 Bundesliga games last season. He came off the bench for the final 20 minutes of Frankfurt’s penalty-kick shootout win over Magdeburg last weekend in the first round of the German Cup. 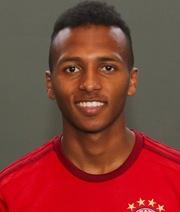 Julian Green (Bayern Munich) age: 21, Bundesliga appearances: 5.
Opener: vs. Werder Bremen (Friday, Fox Sports 1, 2:30 p.m. ET).
After the 2014 World Cup, where he became the youngest player to score for the USA at a World Cup, Bayern Munich loaned him to Hamburg SV, for which he played only 113 first division minutes. He spent last season Bayern’s reserve team and scored 10 fourth division goals. After scoring a hat trick for Bayern against Inter Milan during its U.S. tour, Green made Bayern’s first team roster and played 25 minutes in last week’s 5-0 German Cup win over Carl Zeiss Jena. He helps Bayern meet UEFA’s requirement of having eight “homegrown” players on its roster. Getting playing time will be difficult on a team stocked with world-class players.

Aron Johannsson (Werder Bremen) age: 25, Bundesliga appearances: 6.
Opener: at Bayern Munich (Friday, Fox Sports 1, 2:30 p.m. ET).
The Iceland product scored two goals in his first six games after joining Werder Bremen from Dutch club AZ Alkmaar in 2015 but has been sidelined since last September with groin and hip injuries. He said he’s not 100 percent fit yet but could play a half to 60 minutes for Werder in its opener against the four-time defending champion on Friday.

Fabian Johnson (Borussia M’Gladbach) age: 28, Bundesliga appearances: 153
Opener: at Bayer Leverkusen (Saturday, Fox, 12:30 p.m. ET.)
Enjoyed his best season as a pro last season with six goals -- including a strike in a 3-1 win over Bayern Munich -- and six assists as Gladbach finished in fourth place to return to the Champions League for a second straight season. Gladbach disposed of Young Boys Bern, 6-2, on aggregate to reach the 2016-17 Champions League group stage.

Alfredo Morales (Inglostadt) age: 26, Bundesliga appearances: 32
Opener: vs. Hamburg SV (Saturday, Fox Soccer Plus, 9:30 a.m. ET.)
The Berlin-born midfielder helped Inglostadt reach the first division for the first time in history when it won the 2014-15 second division title and he played in 32 of last season’s 34 games as Inglostadt managed an 11th-place finish to stay at the top tier. 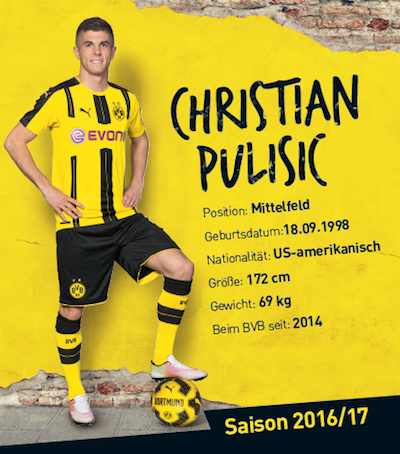 Christian Pulisic (Borussia Dortmund), age 17, Bundesliga appearances: 9.
Opener: at Mainz (Saturday, Fox Sports 2, 9:30 a.m. ET).
Enjoyed the greatest start for a U.S. player who ventured abroad as a teenager when he debuted for Borussia Dortmund last February and became the youngest player born outside Germany to score in the Bundesliga and the youngest Bundesliga ever player to score two goals. In addition to his nine Bundesliga games, he also played in three Europa League games. But the Bundesliga runner-up spent more than $100 million on new players, including other attackers German World Cup winners Mario Goetze and Andre Schuerrle, Emre Mor, who played for Turkey at Euro 2016, and 18-year-old Frenchman Ousmane Dembele, whose transfer fee to Rennes was in the $15 million range. Amid rumors that Pulisic may prefer a club that promises more playing time, Stoke City, RB Leipzig and CSKA Moscow are reportedly interested in signing the youngster. 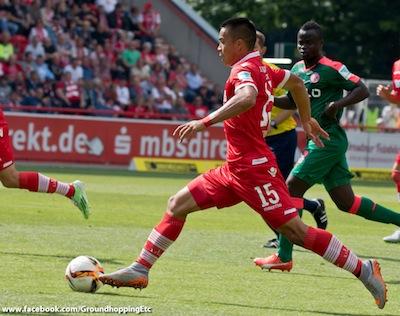 Photo by Felix courtesy of GroundhoppingEtc.

Bobby Wood (Hamburg SV), age 23; Bundesliga appearances: 0.
Opener: at Inglostadt (Saturday, Fox Soccer Plus, 9:30 a.m. ET.)
The Hawaii product arrived in Germany via Southern California at age 14 and made the U.S. national team – famously scoring gamewinners in friendlies against the Netherlands and Germany – before breaking through in Germany. That happened last season, when he joined Union Berlin from 1860 Munich on a club record $1 million transfer despite having scored only six second division goals. For Union Berlin, Wood struck 17 times, a record for an American in Germany. That led to a $4.4 transfer Hamburg SV, which finished 10th in last season.

americans abroad, germany
7 comments about "Bundesliga 2016-17: Half the teams have a U.S. player".
Read more comments >
Next story loading