In "Forward,” her memoir being released Tuesday, former U.S. women's star Abby Wambach, soccer's all-time leading international scorer with 184 goals, details how she abused alcohol and prescription drugs for years until her arrest in April for driving under the influence.

In a Facebook post, Wambach says writing the book was "a true gift." She says it is OK for readers to judge her about her lows, her self-doubt and her drinking. But she goes on to say that if readers recognize the private terror she describes of wondering if they're lost for good, she says they’re not.

"I am nervous to open up and talk about my struggles for the first time this week," he added. "But I hope in so doing, we can change the conversation about what it means to be a 'hero.' Heroes fail. They fall down. They screw up. Heroes tell the truth." 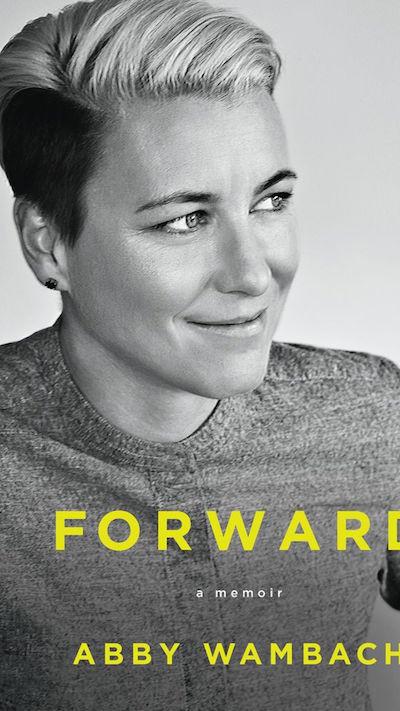 In her book, the Associated Press reported that Wambach, an Olympic gold-medalist in 2004 and 2012 and Women's World Cup champion in 2015, describes her bouts with vodka and pills, including Vicodin, Ambien and Adderall, addictions that she'd dealt with for many years.

With 184 goals, Wambach is the leading career scorer — male or female — in international soccer. She retired last December after 15 years with the U.S. women’s national team. She won two Olympic gold medals and a World Cup title with the team.

In April, Wambach pleaded guilty to the misdemeanor charge of driving under the influence of intoxicants (DUII) in Multnomah County (Oregon) Circuit Court. The Oregonian reported that she will enroll in a diversion program for first-time offenders and her charge could be dismissed in a year if she meets court-ordered conditions.

Wambach was stopped in her hometown of Portland, Oregon. The next day, Wambach apologized. According to Portland police, she failed a a field sobriety test and later a breath test at the precinct after being pulled over for failing to stop for a red light. She said she was leaving a dinner at a friend's house when she was stopped with a blood alcohol level of 0.13.

Wambach told the AP her arrest was the turning point.

“If I don't get so publicly shamed and publicly humiliated, I don't think I wake up,” said Wambach. “I think I was asleep for a lot of years. Asleep to the pleas from my family and friends, and even myself, to get help. So that night I was humiliated enough to wake up.”

She says she’s been sober since her arrest.