The USA, coached by Tab Ramos, reached the quarterfinals of the 2015 U-20 World Cup, falling in a penalty kick shootout to eventual champion Serbia.

Since then, U.S. Soccer has ramped up preparations for the 2017 U-20 World Cup in South Korea (May 20-June 11) by creating a U-19 national team, whose reins it also handed to former U.S. national team star, Brad Friedel.

Since the U-19 launch in January, Friedel has taken his team of 1998-born players to tournaments in the Canary Islands, Slovakia, Spain and most recently Serbia, where the USA lost 2-1 to the host, fell 2-0 to France and beat Hungary, 2-1.

“This time around there’s more opportunity for younger players to prove themselves,” says Friedel. “By having a U-19 team we close the gap year and put the 98s into more situations to see if they can get into the 97 group.” 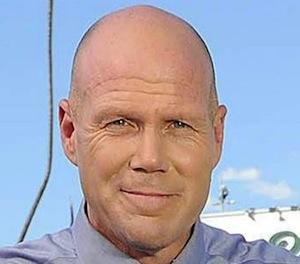 Several of the 98s have already played for Ramos’ U-20 team: Marlon Foosey, Luca de la Torre, Hugo Arrellano, Isaiah Young, Brandon Vasquez and Auston Trusty. Weston Mckennie, who recently left FC Dallas’ academy for Schalke 04 and was MVP of the Slovakia Cup the U-19s won, is also on his way up. Of those, only Vasquez went on the Serbia.

Club Tijuana forward Vazquez, also a 2015 U-17 World Cup player, scored in the loss to Serbia. He scored the gamewinner in the U-19s 1-0 win over Spain in Valencia in July.

Friedel, who started his coaching career in the Tottenham Hotspur youth program while still a player, believes the USA is rife with talent but is concerned that they aren’t getting pro experience early enough.

Friedel doesn’t accept as an excuse that MLS coaches would be taking a risk by fielding young Americans.

“There’s no relegation,” he says. “Of all the leagues in the world, your coaching job is the most stable in MLS. I’m not saying that every single young player they put on the field is going to be great. I’m saying if you had the right person in charge of development at your academy, with a population we have in the United States, there would be a few young players on each club playing more than they do now.”

Friedel says that a number of MLS clubs, such as FC Dallas, are doing excellent work with their youth program, but that the nation still needs to take a different approach at the younger ages.

“One thing is for sure,” he says. “We have the talented players in this country. Where we lack top to bottom is the way we develop the players. I think the culture at the real young level of win-at-all costs is hurting the kids’ development.

“I also think at a certain age winning becomes paramount to their development. I just think we have it backward in this country. I think we focus on winning way too much, in all sports, at the younger ages, and when winning does become important, at 14, 15, 16, some of the kids will either be burned out, or they never learned the basics or are technically not good enough. ... But no one can tell me we don't have the talent." 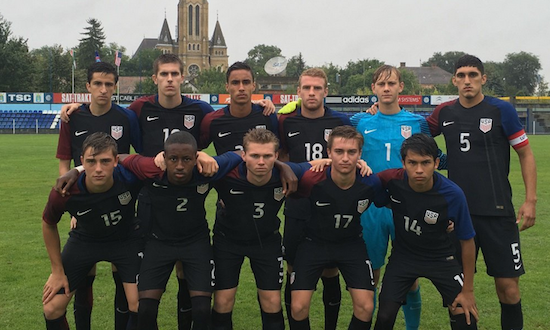