MLS newcomer already has two teens on the roster

Atlanta United begins MLS play in 2017, but it made a bit of history by becoming the first MLS club to field U.S. Soccer Development Academy teams prior its first team taking the field in MLS. That was thanks to merging with the Georgia United Soccer Alliance -- a partnership that has resulted in two Homegrown signings.

On Thursday, Atlanta United inked its second Homegrown player, 16-year-old midfielder Chris Goslin, a teammate of Andrew Carleton on the U.S. U-17 national team. Carleton was the club's first Homegrown signing in June.

“I’m very excited for Chris and the future of our club,” recently hired Atlanta United head coach Gerardo Martino said. “I was able to see Chris play with the U-17s and he has huge potential. I look forward to working with him.”

Goslin and Carleton, who are both in U.S. U-17 Residency in Bradenton, Florida, were teammates on the U-16 Georgia United team that in the 2014-15 season was the only non-MLS club to reach the U.S. Soccer Development semifinals.

“As a club, we’ve set out to commit considerable resources to building the strongest academy in the league, in an effort to lay a firm foundation for our future,” said Atlanta United President Darren Eales. “Identifying and developing the best youth players from the Atlanta area has been a priority and Chris certainly has the ability and potential to become a key member of the First Team.”

The USA will most likely be eliminated from the 2016 U-17 Women’s World Cup if it doesn’t beat Japan on Saturday (11:55 a.m. ET; FS2, NBC Universo). Coach B.J. Snow's team opened with a 6-1 rout over Paraguay, but fell, 2-1, to Ghana in its second Group D game. With Ghana likely to prevail over Paraguay, the USA needs to beat defending champion Japan to continue its quest to win the U-17 Women's World Cup for the first time. 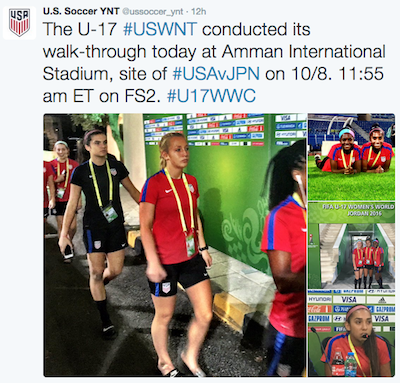 The U.S. U-20 national team opened the U-20 Four Nations Tournament in Manchester, England, with a 1-0 loss to Germany, which scored on a penalty kick by Hoffenheim's  Philipp Ochs  in the 15th minute.

“Our team demonstrated a top-notch mentality,” said Germany coach Guido Streichsbier told the German federation (DFB) official web site. “We did well in one-on-one battles and showed a great willingness to hustle. It was an absolutely deserved victory because we didn’t grant the USA any scoring chances.” 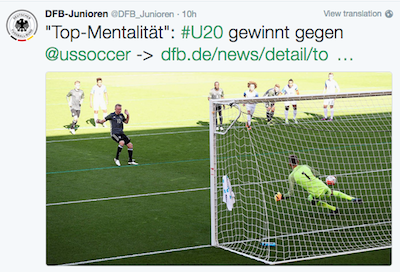 Two of the U.S. starters, Cameron Carter-Vickers and Gedion Zelalem, played for the U.S. team that reached the quarterfinals of the 2015 U-20 World Cup.

Host England opened with 2-0 win over the Netherlands thanks to goals by Patrick Roberts (Celtic) and Adam Armstrong (Barnsley). 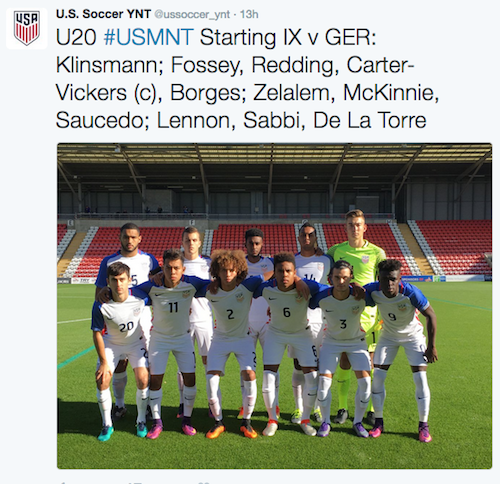 Upon returning from St. Louis, the U-17s will host Costa Rica in Bradenton, Florida, Oct. 22 and 24 in a pair of friendlies.

Coach John Hackworth’s team is preparing for the next year’s U-17 Concacaf Championship hosted by Panama April 21-May 7 to determine the region’s qualifiers for the 2017 U-17 World Cup.

The camp will include a friendly against Tijuana Xolos reserve team on Friday.

Seven of the players called up, including goalscorers Djordje Mihailovic and Ethan Zubak, return to the squad after playing in Stevan Vilotic Tournament in Subotica, Serbia last month.

The NSCAA and U.S. Futsal have launched the first online futsal coaching course. The NSCAA Level 1 Futsal Diploma is available at www.NSCAA.com/Futsal. ... "To assist with the effort to more deeply engage women in youth soccer coaching," U.S. Youth Soccer is hosting a National Youth License Coaching Course for women only Dec. 6-10 in Frisco, Texas. ... On Monday, 13-year-old Karamoko Dembele debuted for Glasgow Celtic's U-20 team and became a YouTube sensation. Check out a montage of his skills HERE. ... U.S. Soccer's Referee Program has produced the first episode of its new Advice to New Referees video series: 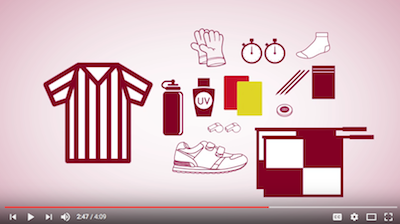