Preki emerges to take up the reins of Saint Louis FC

He played in the Premier League, and for the USA at a World Cup. He scored an historic goal against Brazil in an unforgettable Gold Cup semifinal. Twice he was named MVP of MLS and once its Coach of the Year. He guided Sacramento Republic FC to an USL title and set that franchise on course to make the jump to MLS.

So it’s not too surprising that Saint Louis FC has chosen Prekito be its head coach, with momentum building for the city to snag an MLS expansion franchise in the next few years and the memories of a 14th-place finish all too fresh. He’s been off the radar screen since abruptly leaving the Republic in July of last year, supposedly to take a Premier League managerial post that never came to fruition. 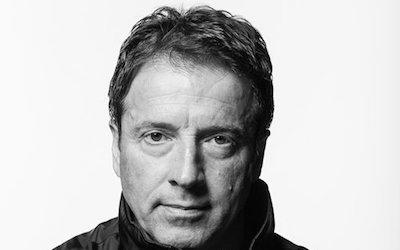 “Preki is someone that brings the passion, the determination and the commitment to creating an environment where players are pushed to realize their full potential,” said team general manager and vice president Jeremy Alumbaugh at a press conference on Wednesday. “His track record of winning at both the MLS and USL levels make him the ideal person to lead Saint Louis FC, but also his ability to develop players during different points in their careers is something we were attracted to.”

In a brief phone call prior to the announcement, Preki said that since leaving Sacramento he had “traveled to many parts of the world, studying the game.” He’ll bring a vast reservoir of experience and savvy to his new job, from which Dale Schilly was dismissed in mid-August. Tim Leonard replaced Schilly for the final seven games of the season. He also brings a no-frills coaching style.

He started as an assistant to Bob Bradley with Chivas USA, and took over as head coach when Bradley left after his first season (2006) to coach the U.S. national team. Chivas USA -- this is a long time ago, remember -- reached the playoffs in each of his three seasons, but failure to advance deep into the postseason and some rifts regarding player acquisitions prompted team management to sever the relationship. He departed with a 40-29-21 record in regular-season games and a 0-3-3 playoff mark.

Toronto FC director Mo Johnston hired him as head coach in November, 2009, and he lasted 10 months. A record of 7-10-7 and intense friction between the pair and players prompted team management to dismiss both of them and replace Preki with Nick Dasovic.

Along with an amazing knack to unhinge defenders by abruptly changing speed and direction to set up a pass or shot, Preki established a coaching reputation of high demands and harsh methods, as he was taught while coming through the youth system of Red Star Belgrade, his hometown club in the former Yugoslavia. Not every player got the message.

“I'm looking forward to the change and looking forward to pushing this team to the playoffs,” said Canadian international Dwayne De Rosario when the changes were made. “Preki definitely ran a tight ship and I don't think a lot of the players adapted to that. Nick obviously wants to loosen it up a little bit, let guys enjoy their play, and I think the guys will definitely respond to the way he wants us to play.”

The players in Sacramento certainly responded and so did the fans. In the team’s inaugural season it rolled all the way to a USL Cup title and averaged 11,293 fans per game, more than twice as many as any other USL team. Local political leaders, including Mayor Kevin Johnson, began beating the MLS drum and soon enough were visited by league commissioner Don Garber and president Mark Abbott, the point man for all things expansion.

Yet in July of last year Preki bolted, leaving behind a thriving, ambitious franchise and long-term contract. Obviously, he’d been given a better offer, though an offer was all it ever was.

Supposedly, Preki would be managing whichever Premier League team was to be bought by Milan Mandaric, a Serbian-American entrepreneur who had owned Portsmouth, Leicester City, Sheffield Wednesday and the indoor St. Louis Storm and San Jose Grizzlies, for which Preki played prior to the launch of MLS. Mandaric sold his interest in Sheffield Wednesday to a Thai consortium in January 2015, and stepped down as chairman.

Some believed the pair would reunite at Aston Villa, other accounts listed a move back to Leicester City, but nothing surfaced and the Preki saga went cold -- except for the occasional “Whatever happened to?” story -- until this week.

Saint Louis FC, which has yet to play a third USL season, is already revamping its structure to fit the MLS model that along with financial strictures and unique operating methods mandates youth development programs. Chivas USA fielded a U-19 team long before most other MLS teams even grasped the concept, and in Toronto, he mentored young players such as Doniel Henry, who played four MLS seasons before heading overseas.

“If you look at the players he has helped bring along during his time at Chivas USA, Toronto and Sacramento, you see a history of making players better and helping them become true professionals,” said Alumbaugh.

The Preki experiment will be volatile, intense, and absorbing. He’s entering an American soccer hotbed that, curiously, has a richer indoor history -- the MISL Steamers averaged more than 12,000 fans in its first six seasons (1980-85) -- than it does for the traditional outdoor version, at least as the club level. (Preki scored an astonishing 113 goals in 91 games for another MISL team, the Storm, from 1990 to 1992).

Nothing filled the outdoor vacuum after the Stars of the old NASL folded in 1977. Yet a crowd of 43,433 turned out last November at Busch Stadium to see the U.S. national team thump St. Vincent and The Grenadines 6–1. Politicians, infuriated by the NFL Rams move to Los Angeles, started warming up to another form of football.

Preki is just one piece of an ambitious push into the soccer spotlight, but by taking a risk on a big name with some baggage, Saint Louis FC is more relevant than it has ever been.