North Korea beat defending champion Japan, 5-4, in a penalty kick shootout in the final to win the 2016 U-17 Women's World Cup. Spain took third place thanks to a 4-0 win over Venezuela.

Japan, which knocked the USA out in group play, outshot the North Koreans 24-7. The victory made North Korea the first two-time champion of the competition that was launched in 2008. 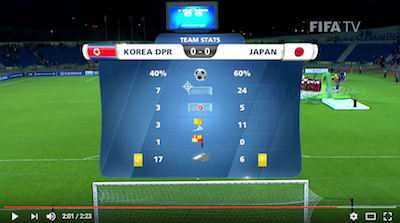 Deyna Castellanos, a freshman at Florida State, who scored five goals for Venezuela, won the Bronze Ball and the Bronze Boot. She won the Golden Boot in 2014 when Venezuela also finished fourth.
* * * * * * * * * *

The U.S. U-18 women's national team, coached by April Heinrichs, opened the 2016 Women’s International Cup in Northern Ireland with a 2-1 loss to England and a 3-1 win over France. The Americans face host Northern Ireland on Sunday.

After France took a 5th-minute lead, the USA stormed back on two goals by Kelsey Turnbow and a third from Isabella Briede.

Against England, Mireya Grey equalized for the USA in the 50th minute but Charlie Wellings responded with the gamewinner in the 75th minute. It was the U.S. U-18s' fourth meeting between England this year following a 2-2 tie, a 1-0 loss win and a 1-0 win.

U.S. U-16 boys national team coach Shaun Tsakiris  has named a 20-player roster for the Val-de-Marne Tournament in France at which the USA will face England (Oct. 25), Russia (Oct. 27) and host France (Oct. 29).

All the players in the squad were born in 2001. Two are foreign-based: Miami native Konrad De la Fuente who plays in Barcelona’s academy and Connecticut native Ian Hoffmann of Germany’s Karlsruhe.

Players from 17 states at Alianza finals

Fifty-six players from 17 states who emerged from tryouts in 12 U.S. cities are competing at the Powerade Sueno Alianza National Showcase in Miami in front of scouts from Mexico and the USA.

More than 9,000 players took part in the free Sueno Alianza tryouts in the program that was launched in 2008 to expose young Latino talent to professional scouts. 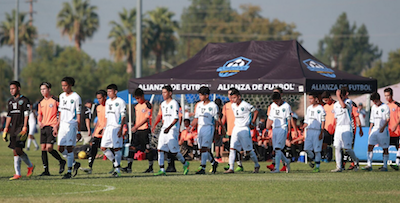 More than 30 scouts from Liga MX, USL and MLS clubs and the Mexico national team program are attending the event that ends Saturday. The best represented states are Texas with 14 players, followed by California (10).

Youth soccer at a subway station

Atlanta United, which joins MLS in 2017, is funding construction of a soccer field at the Five Points MARTA Station, the city's busiest metro station. Soccer in the Streets will organize plat at "Station Soccer," reports the Atlanta Business Chronicle.

"The field will allow our organization to expand through a totally new concept in urban soccer, designed specifically for kids who live in under-served neighborhoods," said Phil Hill, executive director of Soccer in the Streets. 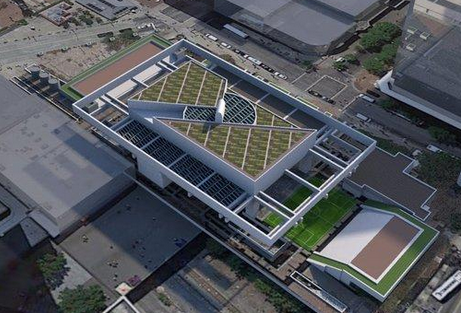 “Kids will now be able to take MARTA to the Five Points field to compete and play with peers from diverse communities across the city,” said Atlanta United President Darren Eales said.