Coach John Hackworth made 11 changes to the 32-player roster for the U-17 Residency Program for the fall semester from the squad launched in the spring semester that is aiming for the 2017 U-17 World Cup.

U.S. Soccer launched the U-17 Residency Program in Bradenton, Florida, in 1999 and the first class included Landon Donovan, DaMarcus Beasley, Kyle Beckerman, Bobby Convey and Oguchi Onyewu, who went on to represent the USA at the senior World Cup. Other notable Bradenton alums include Eddie Johnson, Jozy Altidore, Michael Bradley and Omar Gonzalez. The previous cycle included Christian Pulisic before he joined Borussia Dortmund prior to the 2015 U-17 World Cup.

The players who departed after the 2016 spring semester included Andrew Carleton, one of three U-17s who signed MLS contracts over the summer. D.C. United's Christopher Durkin and Christopher Goslin, who will join Carleton at expansion Atlanta United, are still in Bradenton. Defender Jean-Julian Foe Nuphaus moved to German club Hoffenheim.

Also gone is Ben Lederman, who entered the program after leaving Barcelona in the aftermath of the Spanish club's problems with FIFA over its registration of minors outside the EU.

One of the residency newcomers, Bryan Reynolds Jr., a high school freshman out of the FC Dallas academy, scored the opener in the 3-1 victory over Costa Rica on Oct. 22, the U-17s' first game since announcement of the new roster. Two days later, the USA beat Costa Rica, 4-0. Reynolds, one of five 2001s who entered the Residency Program, and Jaylin Lindsey, who played this summer for USL runner-up Swope Park Rangers, were the only new residents who played against Costa Rica.

Not all players who have been playing with the U.S. U-17s are in residency. Defenders Jake Arteaga and Kelee Cornfield-Saunders are in the LA Galaxy's academy program, which launched an academic component in 2015, and Floridian Rayshaun McGann is in the Philadelphia Union's residency program. Dutch-born Sergino Dest, of Ajax’s academy, started both games against Costa Rica. 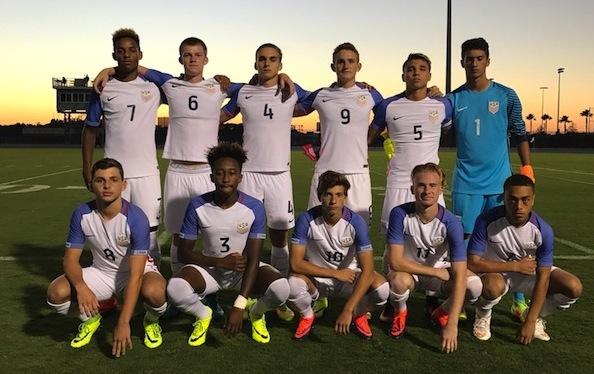 Next for Hackworth’s team is a training camp in Jamaica and games against Jamaica’s U-17s Nov. 2 and 6 in preparation for the 2016 Nike International Friendlies (Nov. 30-Dec. 4) at which the USA faces Portugal, Turkey and Brazil.

The Concacaf qualifying tournament for the 2017 U-17 World Cup in India takes place in Panama April 21-May 7.

“This is a special semester and year for our program,” said Hackworth. “We are returning the majority of the 2000’s and integrating the new group of 2000s and 2001s.  Our primary objective is player development with these talented young men, but with World Cup qualifying beginning in April, we will certainly put an emphasis on building a team that can achieve our desired goals.”

April Heinrichs’ team, which outshot the Irish 28-0, opened with a 10th minute strike from Belle Briede and an own goal within 13 minutes. Mireya Grey scored the third in the 72nd minute. Briede’s goal was set up by Kelsey Turnbow, who scored twice in the USA’s 3-1 win against France. The USA opened with a 2-1 loss to England, which won the tournament. 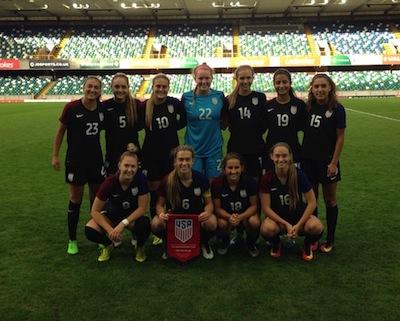