Los Angeles will be the place to be for soccer in January. It will for the first time host the NSCAA Convention -- Jan. 11-15 at the LA Convention Center -- and it will be the site of both the adidas MLS Player Combine and MLS SuperDraft. 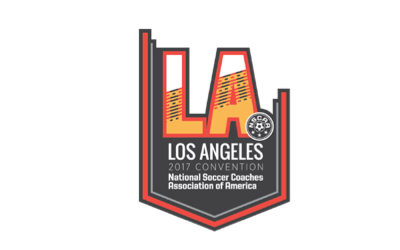 The MLS combine returns to Los Angeles for the first time since 2006. It will be held from Jan. 7-12 at the StubHub Center in Carson and followed a day later by the SuperDraft at the LA Convention Center, site of the NSCAA Convention.

That will mark the first time all three events will be held in the same area, allowing MLS to eliminate the travel day between the last day of the combine and the draft. MLS is also moving the draft back to a Friday after holding it on Thursdays in recent years.

Various MLS player mechanisms will be held, beginning with the Expansion Draft on Dec. 12 and ending with the SuperDraft Jan. 13 in Los Angeles.

The NWSL College Draft is also scheduled to be held in conjunction with the NSCAA Convention on Thursday.

The convention will feature Jurgen Klinsmann for the first time as national team coach. Its proximity to the StubHub Center in Carson, where the U.S. national team usually spends January in training camp, facilitated his participation.

Klinsmann will speak on the afternoon of the MLS draft at an event at the convention. Other presenters will include LA Galaxy coach Bruce Arena and former MLS coach Sigi Schmid in a one-on-one on Thursday afternoon as well as U.S. national team goalkeeper Tim Howard and former women's star and current ESPN analyst Julie Foudy.

We are proud to have @ussoccer #USMNT Head Coach @J_Klinsmann joining us for a Spotlight Session at the 2017 Convention! #NSCAAla pic.twitter.com/Z0Y1EGuk3z