Perhaps the most crucial information from recent science on concussions is how dangerous another concussion is if suffered shortly following the first.

In other words, it’s vitally important that a player with a possible concussion is removed from play.

U.S. Soccer, as part of its player health and safety program, has produced the four-minute "Recognize to Recover (R2R) presented by Thorne" concussion awareness video -- a must-see for coaches and parents of soccer players.

“The video’s purpose, and our goal, is that all players that play the game of soccer -- from the youth levels to our national teams, our pro leagues, the NCAA, high school associations, and every player that touches the game, as well as coaches, referees and parents -- watch this video so that the lessons explained will become a part of the soccer culture in the United States," says U.S. Soccer Chief Medical Officer George Chiampas.

“When a player experiences a blow to the head, face or body, immediately check for signs of confusion and unsteadiness. Ask the player if they’re experiencing headache, dizziness or nausea. These might be difficult to see, so take your time. See if they know the score of the game, what happened on the last play, or even the day of the week. … Not every sign is immediately visible.”

The video, which also features former MLS star Taylor Twellman, explains what other signs and behavior to look for. 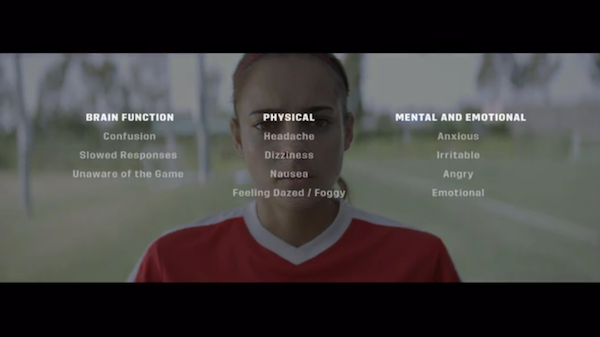 It’s not just the danger of a repeat concussion that underscores the importance of removal from play. There is evidence that athletes who immediately report concussions face significantly shorter recovery time.

“Immediate reporting of concussion symptoms (which require immediate removal from play) allowed an athlete to safely return to play about five days earlier than athletes who continued to play and did not report their concussion symptoms,” writes Dr. Dev Mishra at SidelineSportsDoc.com, citing a study by the Journal of Athletic Training. “Also, the athletes who delayed reporting were 2.2 times more likely to have a prolonged recovery, defined as recovery taking longer than eight days.”

Ulysses Llanez  of the Los Angeles Galaxy academy scored both goals as the U.S. U-16 boys national team opened the Val-de-Marne Tournoi International France with a 2-1 win over England, before falling, 3-0, to Russia.

England took the lead with a penalty kick in the 58th minute. Llanez equalized from the other penalty spot three minutes later and scored the gamewinner in the 75th minute. Coach Shaun Tsakiris’ U.S. team faces host France on Saturday. 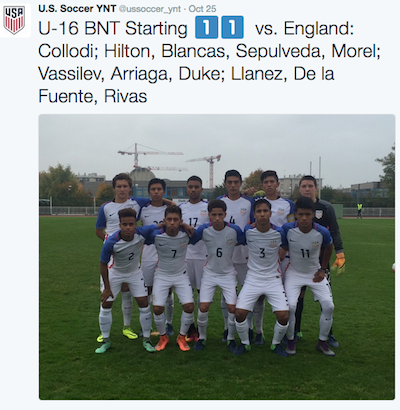