LAFC won't join MLS until 2018 but it has hit the 10,000 mark in season ticket deposits for its launch at its 22,000-seat Banc of California Stadium on the site of the former Sports Arena. 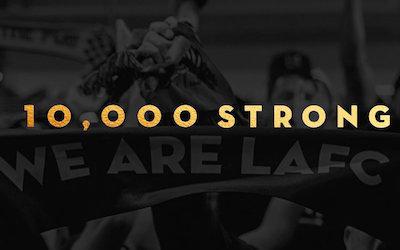 The announcement came on Sunday, the club's two-year anniversary. The stated goal for the club is 15,000 season tickets.

Work on the stadium and is expected to be finished by 2018.