USA takes step toward quarterfinals of U-20 Women's World Cup

After opening with a scoreless tie against France, the USA beat New Zealand, 3-1, to take the Group C lead at the U-20 Women's World Cup in Papua New Guinea.

Mallory Pugh made it 2-0 in the 8th minute after intercepting a New Zealand pass and firing off a 20-yard shot. 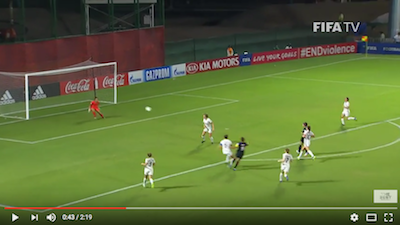 New Zealand pulled within a goal in the 76th minute, but 79th-minute substitute Ally Watt iced the game for the USA in the 82nd minute, receiving a pass from 57th minute sub Jessie Scarpa and storming downfield before stroking the ball past keeper Nadia Olla from 11 yards.

The USA closes out Group C play on Monday (1 a.m. ET, FS1, NBC Universo) against Ghana, which tied France, 2-2, after opening with a 1-0 loss to New Zealand. A tie against Ghana would clinch a quarterfinal spot for the USA while a win would guarantee a first-place Group C finish. The Group C second-place finisher is likely to face Germany while the Group C winner is likely to meet Mexico or South Korea. 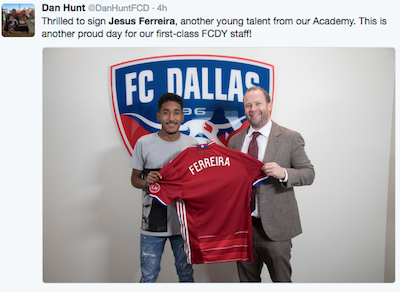