The bashing of high school soccer reached new heights with the U.S. Soccer Federation launching a Development Academy for girls (in 2017) and technical director April Heinrichs recently stating that high school ball is "not a player development environment. In fact, it develops bad habits and complacency."

Brandon Silva coaches the girls varsity team at New Jersey’s Immaculate Heart Academy, which finished No. 1 in the 2014 NSCAA national rankings and won state championships in 2014 and 2015. Silva is also a club coach, with Torpedos SC in Wyckoff, New Jersey, and serves as the NSCAA New Jersey State Technical Director for Coaching Education and is an NSCAA National Staff Instructor. We had these three questions for Silva:

What criticism of high school soccer do you find particularly objectionable?

The generalization of the level of high school soccer. Club coaches are concerned about the drop-off with players when they play for their high school and I disagree with that.

I think this depends on what high school the player attends, the coaches at the particular high school (are the coaches educated?), and to be honest, if players want to play at whatever the highest level it is they want then they need to put in time on their own. 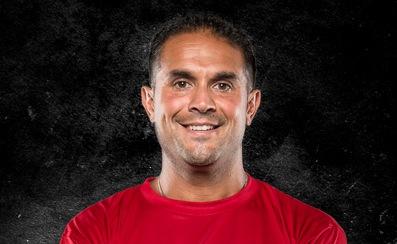 Are there any criticisms of high school soccer from U.S. Soccer and club soccer that you believe are legitimate -- and if so are there solutions to the issues they cite?

One of the criticisms is coaching education or lack thereof with high school coaches. The solution would be, for example in New Jersey, the NJSIAA mandates that all high school coaches must hold a NSCAA High School Diploma or USSF C license to be able to coach in high school.

I also think that the district in which the coach is employed should compensate the coach for this particular license.

I strongly feel that if coaching is supposed to be player-centered and not coach-centered, then why can't club coaches and high school coaches get on the same page considering we should all be out there to give the players a great experience?

High school coaches make very little money for the hour to coach players at any level, so that tells you something right there. Club coaches have two/three teams at a time, so the motivation can be much different.

Have you encountered situations where a player at your high school thought she might be better off forgoing the high school season?

Yes, I have and because I value the total high school soccer experience, my staff and myself respected the players' decision to not play for their high school but very much disagreed with the decision.