Not all of the North Koreans' play against the USA in their 2-1 semifinal win at the U-20 Women’s World Cup was admirable. Three key U.S. attackers, Ally Watt, Mallory Pugh and Ashley Sanchez, needed examination for possible head injuries following Korean fouls.

Watt, a 66th-minute sub, was thumped from behind by Ri Un Yong while receiving a high ball in the 80th minute. Pugh, the main victim of previous Korean fouls, was clearly dazed after a similar hit from behind by Ju Hyo Sim 11 minutes into overtime. Referee Katalin Kulcsar inexplicably kept her cards in her pocket for both incidents, but finally cautioned Ju Hyo Sim for forearming Sanchez in the 105th minute.

The hit on Watt, who had scored after coming off the bench in the USA’s 3-1 group win over New Zealand and 2-1 victory over Mexico in the quarterfinal, rendered her ineffective. She returned to the field but was subbed when overtime started. 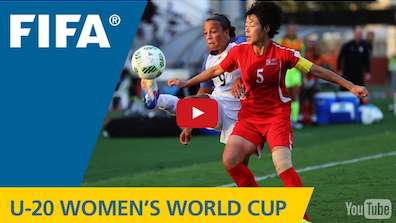 The Americans, despite fending off waves of Korean attacks after they fell behind on a 50th-minute penalty kick, managed to send the game into overtime on Natalie Jacobs’ 89th-minute goal. They may been disadvantaged by the blows taken by Watt, Pugh and Sanchez, but there was no denying that the Koreans played the superior soccer while out-shooting the USA 25-7 and having 58 percent of the possession. U.S. keeper Casey Murphy made five saves while her counterpart Kim Myong Sun only one.

Most of the game, especially after the first half hour, was played in the U.S. half and the Americans tended to turn the ball over soon after they won it, often with aimless clearances. The Koreans, meanwhile, displayed superb technique in controlling the ball, dribbling and passing, which they did swiftly and on the ground. The Americans, too often, hit high balls out of the back. (The 5-foot-4 Pugh should not be expected to win aerial duels.)

"I think you saw why Korea DPR made the semifinal and why the growth of the game in their country has propelled them to so much success," said U.S. coach Michelle French. "I thought the first 90 minutes we did well enough to be in the game. It's an extremely disappointing feeling for those players right now who left every bit of energy and every piece of their heart out on the field today."

The USA faces the Japan in the third-place game on Saturday (1 a.m. ET on FS1 and telemundo.com/PT: 10 pm Friday).

"Now we're at a point where we have to turn around and refocus because we have an opportunity to earn a medal," said French.

A quarterfinalist two years ago when it fell to North Korea on PKs, the USA won its third U-20 World Cup in 2012. North Korea, champion in 2006, is aiming for its second title when it faces France on Saturday. The USA had opened the tournament with a 0-0 tie against France.

Southern California Josh Perez joined Pennsylvania product Christian Pulisic (Borussia Dortmund) as the second player from the 2015 U.S. U-17s to debut in a Europe big five league when the 18-year-old came off the bench for Fiorentina in the 75th minute of Monday's 4-2 loss at Inter Milan. Perez is the youngest of six Americans to play in Italy's Serie A. Perez is the nephew of U.S. Hall of Famer and former U.S. U-14 and U-15 national team coach Hugo Perez. 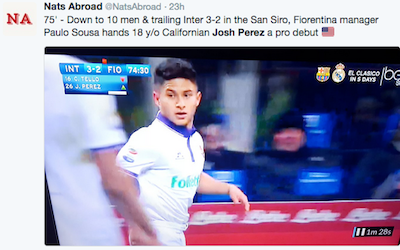 For more about Josh Perez's debut, the history of Americans in Serie A, and 2015 U.S. U-17s in the pros, read Paul Kennedy's Off the Post column.

Kelley Pulisic, the mother of U.S. teen phenom Christian Pulisic, will lead one of 20 educational sessions of the Soccer Parenting Virtual Summit Dec. 2-4. Kelley Pulisic, who played college ball at George Mason, will appear on Saturday (Dec. 3) at 3 p.m. ET with a session titled: “Raising an Exceptional Player and How to Teach Soccer Character to Our Kids.” 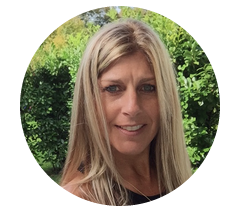