Commissioner Don Garber handled this one himself: the presentation in New York of the Landon Donovan MLS MVP award to striker David Villa.

Two days after his 35th birthday, the New York City FC star was honored as MVP by compiling a combined average of 25.9 percent in voting conducted among players, league executives and media members. He finished first or tied for first in all three categories. In his second MLS season, Villa scored 23 goals and also chipped in four assists. 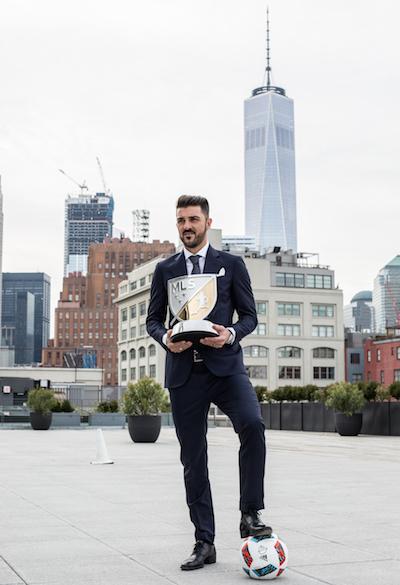 “To be a winner of all the voting when you see the MLS with the big players, means a lot to me. It’s one of the best days of my career.”


At the ceremony a video was shown of messages from former teammates such as Gerard Pique and Xavi. He posed for pictures with friends and family who had gathered for the occasion, as had NYCFC head coach Patrick Vieira.

Villa has scored 41 goals in his two MLS seasons to dispel any suspicions that age had seriously impaired his influence, and set an ideal example for younger players with his dedication and work habits.

“In a few years when I retire, I hope everyone remembers me as a great professional, a great friend, a great teammate,” he said.