Failing to earn a seed at the Concacaf U-17 Championship that will determine the region's four qualifiers for the 2017 U-17 World Cup in India, the USA faces stiff competition in its first-round group at the Panama-hosted tournament April 21-May 7. 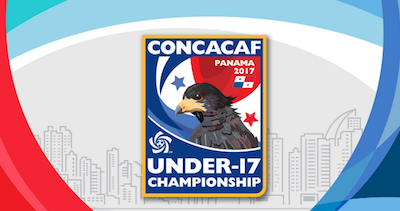 To advance to the second round, the USA needs to finish in the top two of Group C, which includes Jamaica, Mexico and El Salvador.

Jamaica qualified for the U-17 World Cup twice, in 1999 and 2011, and nearly prevented the USA from qualifying for the 2015 World Cup. At the 2015 U-17 Concacaf Championship, the Reggae Boyz beat the USA, 1-0, in group play. The USA’s qualification came down to a penalty-kick shootout after a 1-1 tie in a playoff against Jamaica. The USA prevailed to finish tied for third with Costa Rica, behind runner-up Honduras and champion Mexico.

The top two teams in each of the first-round three groups advance to the “classification stage,” comprised of two three-team groups, the top two finishers of each of which will qualify for the World Cup. The second-round group winners will meet in the final.

"It's a tough draw, but I think our team is determined to be able to represent our country in a World Cup," said U.S. coach John Hackworth said. "We are going to plan accordingly for three very tough opponents to start the tournament. We will get ready to make sure that we are prepared for everything anyone can throw at us."

At the 2015 U-17 World Cup, the USA exited in the first round and Hackworth replaced Richie Williams at the helm afterward. Williams was coach the when the USA’s record streak of qualifying for all previous 14 U-17 World Cups ended in 2013.

Costa Rica, which reached quarterfinals of the U-17 World Cup, was awarded a seed at the 2017 Concacaf Championship along with host Panama and Mexico.

Mexico fell to eventual champion Nigeria at both of the last U-17 World Cups, in the final in 2013 and the semis in 2015. Costa Rica, at the 2015 World Cup, beat France in the round of 16 and fell to eventual third-place finisher, Belgium, in the quarterfinals.

U.S. Soccer is holding its first striker-goalkeeper camp for U-15, U-16 and U-17 girls national team players. The Dec. 14-17 camp in Carson, California, gathers 22 attackers and seven keepers born in 2000, 2001 and 2002 and is headed by Technical Director April Heinrichs, Development Coach and U-15 girls national team coach Mark Carr and U.S. women’s national team goalkeeper coach Graeme Abel.

“You develop world-class finishers over time and with lots of hours spent with the ball, but this event is about providing inspiration and guidance from some excellent role models so that these young players can return to their club environments and work on their own to hone their skills,” said Heinrichs. “The rationale for this kind of event is to emphasize the process of developing world class attacking players at all levels of our girls’ national team programs.”

The U.S. U-18 women's national team, coached by Jitka Klimkova, is holding its seventh and final camp of 2016 is Dec. 10-17 in Carson, California, before moving into the U-20 age group.

U.S. U-16 girls wrap up with California camp

The U-16 girls national team, coached by Jaime Frias, held its sixth and final training camp of 2016 with a 24-player squad Dec. 3-10 at the U.S. Olympic Training Center in Chula Vista, California. The camp completes a two-year cycle for this age group, which becomes the U-18s and then the U-20s with the aim of qualifying for the 2020 U-20 Women's World Cup.