Concacaf announced the 14 venues in 13 metropolitan areas at which the 2017 Gold Cup will be played July 7-26. The USA will open in Nashville, Tampa and Cleveland. Nashville and Tampa are among four markets MLS is looking at to expand. Only three stadiums are MLS venues. The other are all large football stadiums.

Mexico will open in San Diego, Denver and San Antonio. The third group seed -- yet to be determined -- will play in the three MLS stadiums: Red Bull Arena, BBVA Compass Stadium and Toyota Stadium. 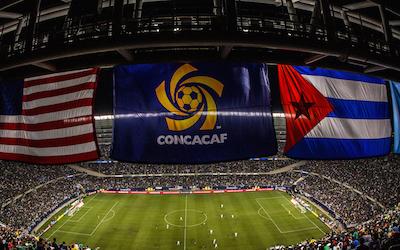 Seven of the 12 national teams scheduled to participate have qualified: USA, Canada and Mexico from North America, Curacao, French Guiana, Jamaica and Martinique from the Caribbean.

The Central American Cup was recently reduced from seven teams to six following the suspension of Guatemala from all international activity.