Julian Green is leaving Bayern Munich after six years. The move is bittersweet. He joins second division VfB Stuttgart, well positioned to return to the Bundesliga, on a free transfer, but he leaves Bayern without ever having played for it in the Bundesliga. Not that he didn't come close. 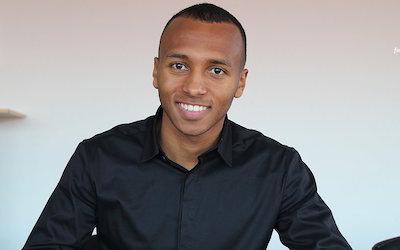 The 21-year-old forward regularly suited up this fall. That was a comeback after a disastrous loan move to Hamburg in 2014-15 and a season with Bayern's second team in the fourth-tier Regionalliga in 2015-16.

But even if Green got on the first-team bench and traveled to many of the big games, the chances of playing were slim. For Wednesday's 3-0 win over RB Leipzig, the Bayern reserves featured the likes Thomas Mueller and Renato Sanches -- World Cup and European champions, respectively -- and even they didn't get off the bench.

"Julian wants to have a new experience at a club where he'll be a first-team regular," said Bayer CEO Karl-Heinz Rummenigge. "It was tricky at FC Bayern due to a lot of competition. I wish Julian all the best for the future. He always was a hard-working, reliable and very likable player for FC Bayern."

Green joined Bayern in 2010 and moved up the first team in 2013 but played only four official matches, two this season. The return to Bayern helped get Green back into the U.S. national team, for which he scored in back-to-back games in October.

"I joined Bayern's U-15s and like everyone dreamed of being a pro," said Green, "and I've made it. I've gained a lot of experience over the last three years. It was good, I'm glad about it and thankful. I took my time and tried everything. It's over for me now. I've decided for Stuttgart. I'll set myself new goals with Stuttgart, and I'm looking forward to this challenge, especially to supporting VfB in the second half of the season to achieve promotion."

Green says he played against Stuttgart when he was with Bayern's A-Jugend (U-18) team.

"I remember that match particularly well because I scored two goals," he said. "All that counts for me now, though, is scoring goals for VfB."

Stuttgart entered the winter break in third place, below Hannover 96 on goal difference and two points behind Eintracht Braunschweig, but it was in first loss before back-to-back losses to Hannover and Wurzburger Kickers.

"Stuttgart is the favorite in most of its games, which doesn’t necessarily make it easy to then always take all three points," Green said. "We intend to really give our all in the second half of the season – then we will be successful and achieve our goals."