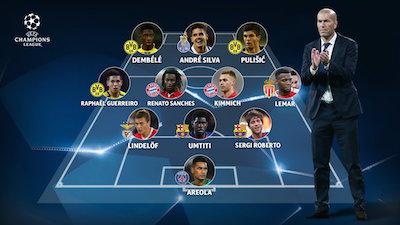 Pulisic, Dembele and Raphael Guerreiro give Borussia Dortmund three players on the team. It included four players from France, three from Portugal and one each from Germany, Spain, Sweden and the USA.