While MLS owners are pumping millions of dollars into player development (academies, USL teams, facilities), their clubs still rely heavily on imports. And action picked up in December as MLS clubs signed 17 imports, Americans and foreigners who played on foreign clubs in 2016. That number equals the number of December imports in 2014 and 2015 combined. What's behind the flurry of activity?

Several factors are at play.

EXPANSION. Two additional teams -- Atlanta United and Minnesota United -- will begin play in 2017 and must stock their rosters.

Atlanta United had already signed five imports by the end of the summer, but they have added three more, including the most expensive offseason signing, Paraguayan Miguel Almiron, signed to a Young Designated Player contract. Minnesota United has only just gotten started with the process of filling its roster, signing Costa Rican Francisco CalvoonTuesday. 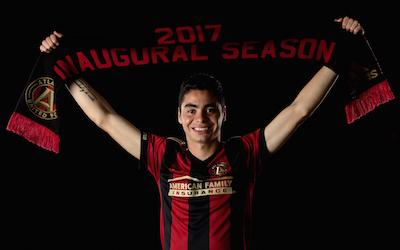 TAM FUNDING. This is the second full season MLS have increased funding under the Targeted Allocation Money initiative: $800,000 boosted to $1.2 million by an additional $400,000 approved by MLS owners in December.

TAM allows clubs to add more players than the three Designated Players on salaries over the maximum amount of $480,625 in 2017. Perhaps even more important, it can be used to pay down the acquisition costs -- transfer fees -- that MLS clubs for many years abhorred.

Only two of the December imports were acquired with TAM money -- Honduran Romell Quioto (Houston Dynamo) and Calvo -- but simply having the TAM money in reserve allows club to finalize other deals that might not happened in the past.

NEW PIPELINES. Of the 17 imports, 14 arrived from clubs in Mexico, Central America or South America.

The most transfers from any club is three from Costa Rica's Saprissa -- Panamanian Adolfo Machado (Houston Dynamo), Daniel Guzman (Portland Timbers) and Calvo -- though more signings from La S are expected as the Tico player market has been received new attention.

Tijuana, first in the opening phase of Mexico's 2016 Torneo Apertura, is sending three players to MLS, but two of them will be on loan (Juninho to the Chicago Fire and Greg Garza to Atlanta United). Xolos has an abundance of Americans under contract -- eight in the fall season, plus Joe Corona, who returned after winning the second division Ascenso MX title with Dorados -- but most did not play or saw little action, like Juninho and Garza, in the Apertura.