A hard-nosed defender during his 16-year pro career, mostly with the San Jose Earthquakes with which he won a pair of MLS titles, Troy Dayak was nicknamed "The Beast." But when he coaches youth soccer -- at least four teams on an average weekend -- Dayak sits calmly on the sidelines, quite often the mellowest coach on the field as he guides teams from West Coast SC, which he founded six years after retiring from the Quakes in 2005.

But he started coaching well before the end of his playing career, which included appearances at the 1987 U-17 World Cup, 1989 U-20 World Cup and the 1992 Olympics. West Coast SC serves the towns of Livermore and Tracy at the eastern edge of the Greater Bay Area near the Central Valley. Dayak was 2013 NSCAA National Youth Coach of the Year. 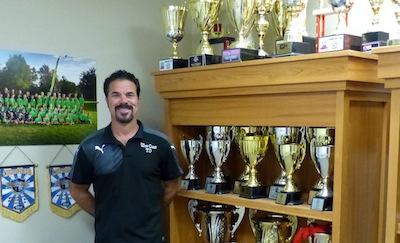 Coaching Start
I started getting my coaching licenses when I was still playing so I could coach my daughter, Adaurie. I’d coach her games when we had home games and when possible, even when we had road games. I’d schedule her games for late Sunday so I could fly back in time. Sometimes I’d fly straight to Fresno if she had games there. I got my USSF A license before I retired and then took all the NSCAA courses. 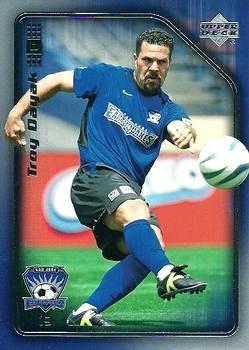 The Club
We started West Coast SC with a WPSL team and then back-filled at each age group. Now we have 17 teams, three of which are boys team. We just started an Earthquakes affiliate -- San Jose Earthquakes Regional Development School (RDS) Academy. We have about 450 comp players and a 450-player rec program.

Philosophy
“For the love of the game.” That’s our club motto. We try to embrace that when we have parent or player issues. Are they having fun? Are the kids enjoying themselves? Are they learning? 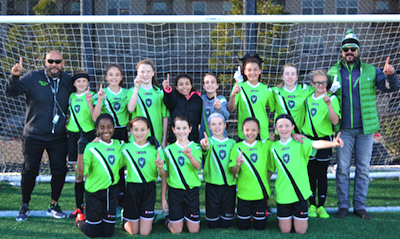 The Area
We’re fairly isolated here in (Tracy and Livermore each have populations of about 80,000). We’re focused on developing talent from our area.

Parents
There’s no coaching from the sidelines -- or yelling at referees -- otherwise the parent will be suspended for a certain amount of games. Sometimes you have to do that just to get the message across.

Club-Parent Communication
We give the parents an outline of what they can expect at each stage of the program -- what we’re working on, what the players are learning, what’s expected of the coaches. 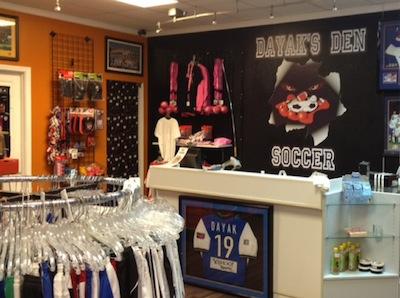 Playing Start
My grandfather was from Czechoslovakia and was a huge soccer fan. But when he came to the United States they didn’t have soccer, so my dad played football. When I was born, grandpa signed me up for soccer because they started a soccer league. My dad, as a rec team parent, got talked into coaching my team.

Playing Career Highlights
I used to write down my goals on my mirror so I’d see them twice a day -- and playing in the Olympics was top of list. It was always my goal to play for my country. I got to play in the Olympics, the U-17 World Cup and the U-20 World Cup, at which we finished fourth in 1989 in Saudi Arabia, where I got to meet Pele. (Dayak scored in a 2-0 win over East Germany and in a 3-1 loss to Brazil for the Bob Gansler-coached U.S. U-20s.) 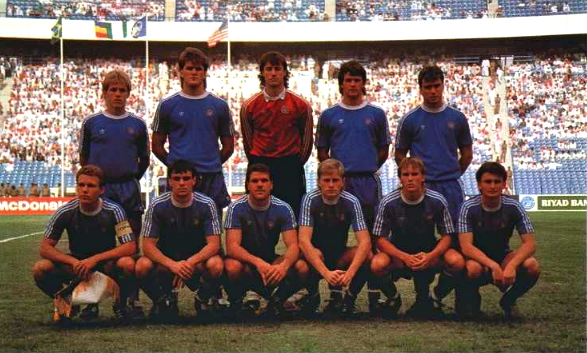 Special Memory
In October of 1990, at age 19, I played for the USA in Zagreb against Croatia, which wanted to play against the USA in its first game after declaring independence. I scored (in the 2-1 loss). The next day, our team interpreter told me to come down to the lobby. I thought I was in trouble because after the game I played poker on the roof with the older players.

He introduced me to a tiny old lady, who asked me if I knew Betty Dayak. I said, “Yes, that’s my grandma.” It was her sister. They lost contact with each other after the war when my grandma fled to the United States. She had seen my name in the paper because I scored. My grandmother and her sister got back together through soccer.