Almost a month after it first met to review the issue, U.S. Soccer's Board of Directors voted Friday to grant provisional Division 2 status to both the North American Soccer League and United Soccer League for the 2017 season. 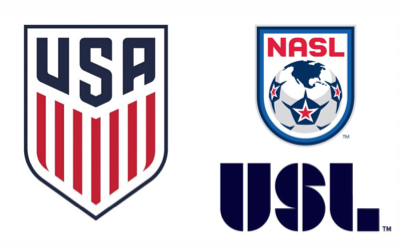 The upshot: The NASL, teetering on the brink of extinction, gets to fight another day; the USL moves another step closer to D2 status it's coveted and its clubs have invested lots of money in to meet standards.

Neither league meets all the U.S. Soccer standards. But instead of granting waivers, like it has done in the past to the D2 NASL, U.S. Soccer "will work with the leagues on a pathway to full compliance."

The NASL was in danger of folding after Minnesota United moved to MLS and Tampa Bay and Ottawa joined the USL, leaving the league with 10 teams for 2017. But the three-time champion New York Cosmos, Fort Lauderdale, Jacksonville and Rayo OKC all have had financial problems.

The USL has increased from 14 teams in 2014 to 30 in 2017 but not all teams meet D2 requirements on such things as the size of their stadiums.

"After an exhaustive process working with both leagues, in the best interest of the sport the U.S. Soccer Board of Directors has decided to grant provisional Division 2 status to the NASL and USL," said U.S. Soccer President Sunil Gulati in a statement. "U.S. Soccer will create an internal working group that will work with each league to set a pathway to meet the full requirements for Division II and allow for the larger goal of creating a sustainable future. We look forward to another productive year for professional soccer in this country."

U.S. Soccer stated that it will determine the additional requirements and a timeline for completion in the coming weeks.

What They're Saying:
USL CEO Alec Papadakis
“The USL is honored to receive provisional U.S. Soccer Federation Division 2 status, which provides further validation about our League’s financial sustainability, national footprint, ownership quality, stadium infrastructure and player development. Our teams have invested more than $100 million into stadium development in the last year to enhance the experience for the 1.5 million passionate fans that attended games in 2016, the 1,000-plus players and nearly 100 coaches that have positioned our League as a highly sophisticated competition model that cultivates strong regional rivalries.”

North Carolina FC Owner Steve Malik
"The NASL Board of Governors and I support U.S. Soccer's decision to grant the league provisional Division II status. We're excited about beginning play in April, and we look forward to the continued growth of our league and soccer in the U.S."