NASL is off life support -- but major questions linger

The North American Soccer League will return for a seventh season. Despite losing five teams and having two returning teams with serious ownership issues, the league announced it will play with eight teams in 2017.

The announcement followed U.S. Soccer's decision to give both the NASL and USL Division 2 provisional sanctioning, but lots of questions remain about the future of the NASL.

Immediate team issues:
NEW YORK COSMOS. After going silent for two months following their third championship in four years and laying off their players, the Cosmos will be back. On Saturday, chief operating officer Erik Stover confirmed their participation in 2017.

“We have a lot of work to do in a short amount of time," Stover said, "including signing players and rebuilding our roster."

There remains the question of who'll fund the team -- cable company owner Rocco Commisso is expected to acquire a majority interest in the team from Sela Sport and Seamus O’Brien-- and where it will play -- it will likely leave Hofstra's Shuart Stadium for Brooklyn minor-league baseball stadium MCU Park. 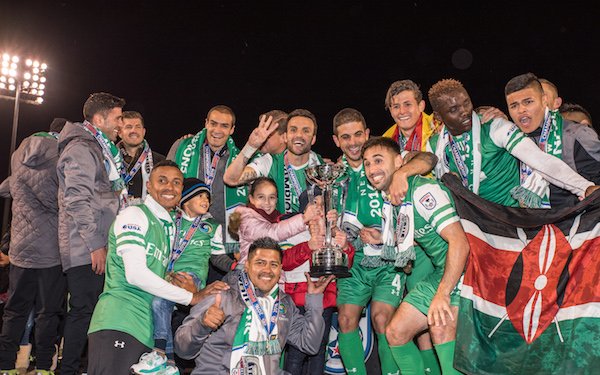 JACKSONVILLE ARMADA. Following a drop of 56 percent in average attendance from its debut season in 2015 to 2016, the Armada cut its staff, and owner Mark Frisch looked to sell the team.

He issued a statement on Saturday that he was in talks with the NASL to find a local buyer that would keep the Armada in Jacksonville.

In an interview with WRALSports.com's Neil Morris, North Carolina FC owner Steve Malik, who has emerged as the spokesperson for league matters, said the NASL will buy the team to allow it go forward in 2017.

This won't be the first time the league or other owners have had to step in to fund NASL teams. In 2015, Malik bought the Carolina team from Traffic Sports USA, which played a central role in the soccer corruption case involving Concacaf and Conmebol and at one point propped up NASL teams in Atlanta, Fort Lauderdale, Minnesota and Carolina.

FORT LAUDERDALE STRIKERS. The Strikers, who endured financial issues throughout the 2016 season and switched stadiums, won't be back in 2017 but that doesn't mean they're dead. Malik told WRALSports.com that the NASL wants new owners vetted and in place so the Strikers can return in 2018.

Expansion teams:
FALL 2017 OR SPRING 2018? The San Francisco Deltas were approved as an expansion team for 2017. They solved one sanctioning requirement for the NASL -- a team in a third time zone. But the league requirement of 12 teams in its sixth season is what almost killed the NASL.

ESPN reported that that three teams -- Atlanta, Orange County and San Diego -- would join the NASL for the 2017 fall season -- like the Cosmos did in 2013 and Puerto Rico FC did in 2016 -- but Malik squashed that idea in his WRALSports.com interview.

“We’ll be making announcements throughout the year about teams that we expect to come on in 2018," Malik said.

Moving into Atlanta, Orange County and San Diego won't be without challenges. Atlanta United -- with more than 22,000 season tickets sold -- will begin in MLS in 2017. Orange County already has a USL team. San Diego is on the short list (10 markets) for an MLS expansion team.

Moving into markets with other pro soccer clubs is problematic. Exhibit A: Rayo OKC, which lasted a season in Oklahoma City, where the USL's Energy FC was in its third season of operation.

Former MLS executive Peter Wilt, who successfully launched the NASL's Indy Eleven, has been working on launching a team in Chicago. Hartford was a hot expansion target until legal issues surrounding a stadium project hit in 2015.

Detroit City FC and Chattanooga FC have been huge success stories in the NPSL, but their business models have been based on operating as amateur teams.