The U.S. Soccer Federation hired Nico Romeijn of the Netherlands in June 2015 as its Director of Coaching Education. Romeijn previously served as the Head of Education for the Dutch federation (KNVB).

SOCCER AMERICA: After one and a half years on the job, what would you say have been your biggest accomplishments?

NICO ROMEIJN: I don't like to talk about the biggest accomplishments, but the steps we have made because we are talking about a long-term project. Besides that, I want to emphasize that we are talking about a team effort of the Coaching Education team. Having said that, we introduced the U.S. Soccer philosophy on reality-based learning. This philosophy, together with the method of experiential learning based on a holistic approach, is the fundament for all our licenses. 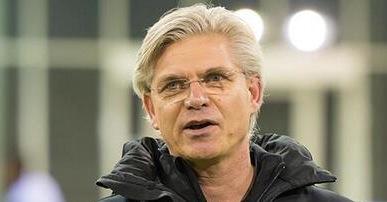 We changed the design of the courses in multiple meetings and development periods in between. This means that learning will be more sustainable and candidate-centered. All the curricula of the different licenses are built around the six tasks of a coach. These were important steps in creating a consistent license pathway. It is important to say that we are building on the foundation that was already there.

We just finalized the pilot Pro License and will start the second edition in January. We also introduced the A License Senior and A License Youth. With the Pro License, these are new courses that are customized to the needs of the coaches and the players. Also the renewed B and C License are launched in July 2016.

At the moment our focus is on revamping the F, E and D licenses. The grassroots licenses will be built on the different game forms such as 4v4, 7v7, 9v9 and 11v11. The coach can choose the course that matches with the age group and game model he/she is coaching.

SA: Is there anything that has surprised you, negatively or positively, about the U.S. soccer landscape?

NICO ROMEIJN: What really struck me in a positive way is the commitment of people who are involved in the game of soccer. I experienced this at the federation, but also with the instructors and coaches at all levels. All are passionate to raise the level of coaching, and with that the level of soccer in the U.S. irrespective of level. All the different organizations involved in soccer are working hard to increase the quality of coaching and the learning environment for the players. With that I also want to refer to the biggest challenge, that is how to streamline all these initiatives so the sum will be bigger than the parts.

SA: How will you be able to judge if your work in the USA has been a success?

NICO ROMEIJN: That is an interesting question. We see ourselves at Coaching Education as a part of a bigger picture. The integration with the Development Academy and the youth national teams is at the moment an important focus. In that way, we are contributing to the mission, vision and goals of the Federation.

Again, this is a long-term project. Soccer becoming the preeminent sport in the USA, developing world-class players, raise the level of coaching at all levels, raise the number of licensed coaches, change the culture of coaching (coaching is a “profession” and for that you need education), offer in-person and online learning opportunities at all levels, an educational network close to the environment of the coach are goals we are working on.

This is a collective effort. Of course, the ultimate ambition is to win the World Cup with the men’s national team and more World Cups on the women’s side. Hopefully, I will be a part of this as the Director of Coaching Education, otherwise I hope to sit on the couch with all my grandchildren and tell them grandfather gave a humble contribution to the success.

SA: If you had a magic wand, what would you change about American soccer?

NICO ROMEIJN: I don’t believe in a magic wand. An interesting anecdote of the Pro License is that one candidate asked me when we would open the magic box. First, I didn’t understand him and asked what he meant and he said: “the magic box of Europe.”

This gave me the awareness of the expectations. I told him that there is no magic box of Europe and the only thing we can and will do is give a framework based on certain philosophies and theories, but that he has to fill the box himself. This is also my belief when we’re talking about American soccer. We have to develop our own way, our own philosophy and identity and use best practices out of Europe, but not try to copy them.

SA: The USA is a very different nation than the Netherlands in many ways. In particular, we have a large Latino population that represents a significant part of the player and coaching pool. Your coaching history has been all in Europe. How much do you take into account that coaches you are educating are often coaching players with a Latin style of play?

NICO ROMEIJN: I am aware of the fact that the USA is different than the Netherlands. Actually, I am quite sensitive about this as I don’t want to be seen as that guy from the Netherlands who will tell people what to do, but I am an employee of U.S. Soccer working in the USA.

At the other hand, in the Netherlands there is a large population with Moroccan, Turkish and Suriname roots. So irrespective if we are talking of American or Dutch coaches they have to be aware of the cultural backgrounds of their players. This is the challenge of the coach. The style of play will be influenced by the background of the players, but the goal of the coach is to develop players and/or create a winning team. This is what we are teaching to coaches at the different license levels.

SA: Why did U.S. Soccer announce in late December that it's suspending its Continuing Education Policy?

NICO ROMEIJN: First, I want to say that we believe in continuous development and lifelong learning. We did spend a lot of time and energy in chasing coaches to get their Continuous Education Units (CEUs). At a certain moment, we had this conversation that we are teaching coaches that players must take ownership for their own development, be accountable for it and the federation is pushing coaches to earn CEUs. This together with the fact that we want to use our time and energy for other topics, made us decide to put formal continuous education on hold. This doesn’t mean we don’t think it is important, because now it is a part of the application process for the B, A, Pro and we will still organize learning opportunities in between licenses. Besides that, as a part of the licenses we will give a lot of attention to self-reflection and ongoing learning.

SA: What do you think of the notion that, "The game is the best teacher?"

SA: Do you believe that "over-coaching" is a problem in American soccer? That there is a stage in players' development when players need to be free from adult interference?

NICO ROMEIJN: Looking at all the different sports in the USA, a lot of them are coach-driven. This has to do with the character of the sport. Teaching players patterns in these sports helps them to be successful.

Soccer is a sport that can be characterized by unpredictable situations, because of the direct contact with the opponent and the fact that the ball is hard to control. The ball is played by the feet instead of the hands, the consequence is that there will be a lot of turnovers. This is the reason that the coach must prepare the players for these unpredictable situations by creating the learning environment to experience and make autonomous decisions. Coaching is more focused on facilitating, creating the conditions and asking questions to force the players to think for themselves.

SA: If you had to give advice to newcomer coaches for players at the youngest ages in a few sentences, what would it be?

NICO ROMEIJN: Think why players are motivated to play soccer. The reason that they play the game is the excitement of competing with an opponent and scoring goals. A newcomer coach must try to create situations that reinforces this motivation. In addition, positive coaching stimulates the players to take initiative and be creative.

SA: What teams -- club or country -- within the last few decades played a style of soccer that you admire?

NICO ROMEIJN: I don’t have a specific team or country that I admire. What I can say is that I admire the teams/countries that are innovative and will come with answers before the question is asked. What we see is that all the countries are better organized, disciplined and prepared. This means that teams/countries must be able to develop a style of play that will disorganize and unbalance this higher level, in this case, of defending. Top teams and countries are innovative and are trendsetters, such as Barcelona and Germany.

SA: When do you expect the USA to produce world-class players at an impressive rate?

NICO ROMEIJN: Hopefully, as soon as possible. I said already, we are talking about a long-term project. What I can say is that I experience that we are combining forces to achieve that overarching goal of making soccer the preeminent sport in the USA and to win the World Cup with the men’s national team and more World Cups on the women’s side. Diversity can be a strength, but also a challenge. The challenge is to get every person and organization on the same page to achieve these goals.