In October, Brianna Pinto started all three games for the USA at the U-17 Women’s World Cup. In January, she was invited to the U-23 women’s national team camp, where she impressed such that Coach Jill Ellis invited the midfielder to join the full national team’s camp under way now in in Carson, California. Pinto turns 17 in May. 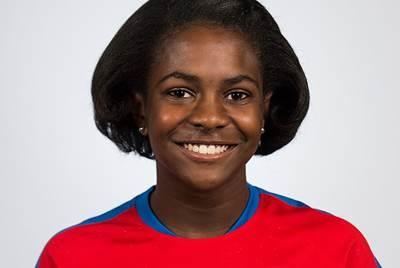 Brianna’s Family
Brianna’s father, Hassan Pinto, played at the University of North Carolina in 1990-94 and his teammates included future U.S. national team players Eddie Pope, Gregg Berhalter and Kerry Zavagnin. Hassan and his wife, Meleata, have two other children, 19-year-old Hassan, who starts at right back for Elon University, and 14-year-old Malik, who plays for the North Carolina Fusion’s Development Academy team.

"Something I really appreciated about my dad is he'd take me to the soccer field any time of the day, any day of the week," said Brianna.

The Brothers’ Influence
“With Hassan, I didn’t know what sport he would enjoy most,” says Hassan the elder, “so I offered him basketball, football, pretty much any sport option. With Brianna I never had to investigate other sports because she just wanted to be like her brother. He chose soccer so she wanted to play soccer.”

Said Brianna: "I was really aggressive growing up with two brothers, one older, one younger, I always wanted to win.” 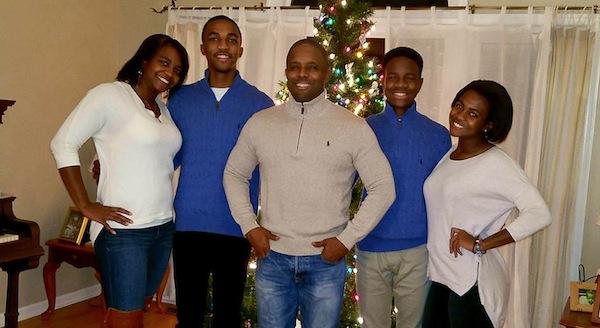 Brianna’s First Game
At Rainbow Soccer Club in Chapel Hill, with mostly an all-boys team. “We didn’t know if she was paying attention,” says her father. “We didn’t know what she would do, but she got the ball -- her first touch of the ball -- and she dribbled through everybody and scored a goal. And hasn't stopped scoring since.”

Free Play
Before she joined a team, Brianna would ask her dad and brothers to play. “’Kick it to me! Kick it to me!’ she asked me all the time,” her father said. “She’d do step-over moves and I’d ask, 'Where’d you learn that?' and she’d say, ‘I watch you play. I saw what you’re doing, and I can do it.’”

Besides kicking around with her father and brothers, Hassan started taking her to the famed “Noon Ball” lunchtime pickup games at the University of North Carolina.

“I played, my kids played when they were off from school, and they would get to play against UNC players, against players on the RailHawks. … We’d have a mix of women’s national team players like Heather O’Reilly, Cindy Parlow, Crystal Dunn and WPSL girls. … It was an all-star cast. My oldest son started to play when he went into middle school. At first, Brianna would come and watch. And when she got into middle school she got invited to play along. That’s where Brianna really developed.”

Clubs
After playing rec soccer with Rainbow, Brianna moved to Triangle United. At about 9 years old, her father called Mia Hamm, Kristine Lilly and Parlow and asked them how they learned to play. They told him they played with boys. So Hassan checked in with all the area clubs that would allow her to play with boys and only Triangle Futbol Club agreed. So she joined Triangle FC.

“My thought was to let her play with the boys until the boys' voices started to change,” said Hassan.

When Brianna was turning 13, she joined CASL in order to play ECNL ball.

Headed to UNC Tar Heels
Brianna, now a junior in high school, started to get recruited in eighth grade and committed to UNC in ninth grade. Hassan said it wasn’t a difficult decision.

“How does an eighth grader make a decision about college?” said her father. “But Brianna got what she wanted. Her room was Carolina blue from the time she was 3, 4 years old. She had Mia Hamm, Kristine Lilly on her wall and she always told me she was going to be one of those girls. … I figured she can’t really go wrong. This is her dream. How can you go wrong on your dream?” 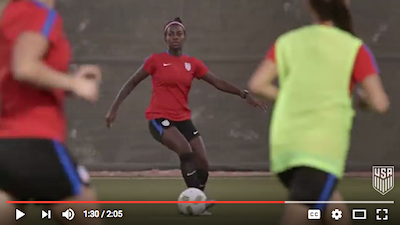 Miles Robinson, Jonathan Lewis and Jeremy Ebobisse, taken with picks 2-3-4 in the MLS SuperDraft, were among the 20 players called into the U.S. under-20 men's national team's first camp of the year that began Sunday in Carson, California. Josh Sargent, who starred for the U.S. U-17s at the Nike Friendlies in December, was also called in.

“We are very excited to be getting closer to competing for a U-20 World Cup spot,” U-20 coach Tab Ramos said. “We are now working with players within our core group of 35, and I am confident that with the hard work during this camp we will be closer to achieving our goals.”

Erik Palmer-Brown, back with Sporting Kansas City after spending 2016 on loan to Portugal's Porto, is the only player on the roster who played at the 2015 U-20 World Cup. The 24-player team includes 13 players in MLS, two each with pro teams in Mexico and England, five in college and two still in high school.

The U-20s’ final meeting before the Concacaf U-20 Championship in Panama will be a training camp Jan. 31-Feb 10 in Orlando, Florida.