Isaiah Young  became the sixth American from the high school class of 2016 to join a German Bundesliga club when he signed with Werder Bremen. The 18-year-old forward brings to 42 the number of players from the Class of 2016 who have turned pro with clubs in Europe, Mexico, MLS, the USL or NASL. 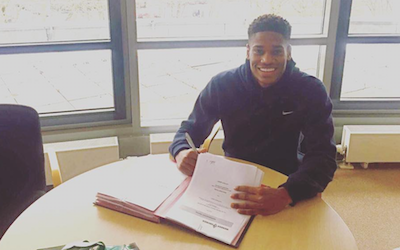 Young scored against Panama and assisted on gamewinner against Japan for the U.S. U-20s in the 2016 NTC Invitational and turned to PDA in the fall, scoring nine goals in seven games.

Three of the other Americans have already made their first-team debuts. Christian Pulisic is a regular starter at Borussia Dortmund while McKenze Gaines (Wolfsburg) and Haji Wright (Schalke 04) both played with their first teams during January friendlies.

Nick Taitague, who is considered the top prospect in the Class of 2017, is expected to join Schalke 04 when he turns 18 in February, and JJ Foe Nuphaus, a high school junior, is at Hoffenheim.

From the Class of 2016, 42 players have turned pro. Sebastien Des Pres (RSL Arizona) debuted for Blackpool within days of signing with the English League Two club.