According to a team statement, that “Curtis and the club tried to work through differing views” during the past month but were unable to resolve the conflict. Curtis was not present last month at the MLS SuperDraft Jan. 13 and according to reports hasn’t been involved in any team activities or conducted any team business since then. 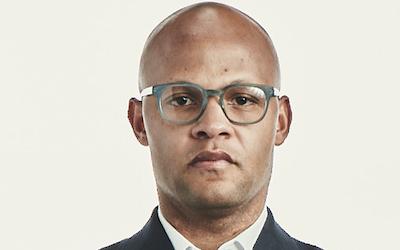 Curtis, 38, left the MLS offices in December, 2014, to join the Red Bulls and after controversially replacing head coach Mike Petke with Jesse Marsch, helped assemble a team that won the Supporters’ Shield and was eliminated by Montreal, 3-1, in the Eastern Conference semifinals. The Red Bulls also reached the Concacaf Champions League quarterfinals and play league rival Vancouver in the first leg next week.

“I think it’s important that I do take a step back and kind of dissect and analyze what I want, what’s out there and then kind of make a decision that’s in my best interest and my family’s best interest moving forward," Curtis told MLSSoccer.com. "I don’t know how long that will take. If it’ll take seven days, seven months or a year, I’m not sure, but I’m going to go out in the marketplace and listen and have conversations and talk to relationships that I’ve had for 10 to 15 years and go from there."

Curtis also helped form the Red Bulls II reserve team, which won the USL regular-season title and USL Cup final. The club has not named a replacement. After retiring as a player in 2003, Curtis worked several years for JP Morgan and in 2007 left to join MLS.  He filled several positions in the league office and was Senior Director of Player Relations and Competition when he took the Red Bulls job.

So ends one of the stranger sagas of a team whose history is pockmarked by remarkable triumphs and stunning failures and more often than not roiled by instability.

No yet known is what role Curtis played in the shocking trade that sent Dax McCarty to Chicago last month. Marsch has said the trade was "poorly handled" but hasn't provided much detail.

“We would like to thank Ali for his contributions to the club over the last two seasons,” the Red Bulls said in the statement. “We wish him the best in all of his future endeavors.”